Fabergino Ready To Fly At The Valley 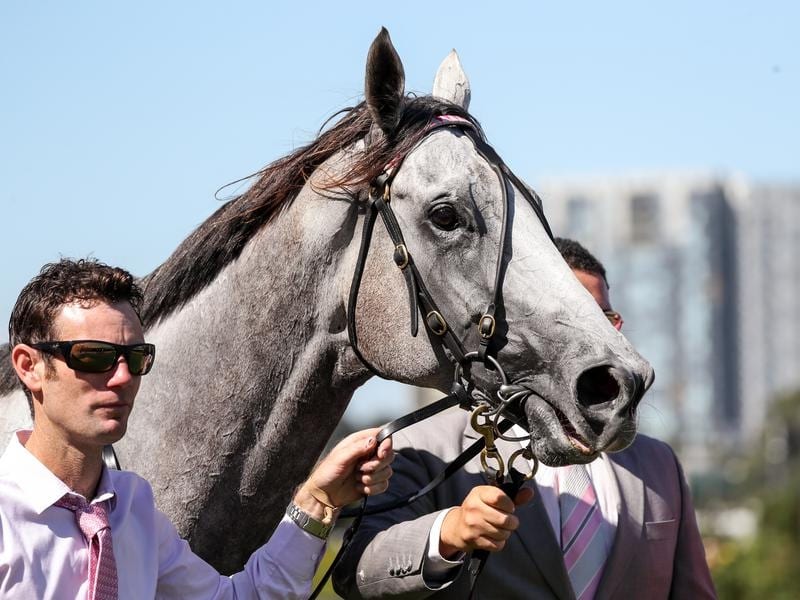 Perth trainer Tiarnna Robertson and her flying mare Fabergino will be stepping into the unknown on two fronts in the Group One Moir Stakes.

For Robertson and Fabergino, it will be their first experience of a Group One race, while the mare will also face a genuine wet track for the first time in her career at Moonee Valley on Friday night.

The six-year-old has won nine of her 12 starts including her past four and the Moir Stakes (1000 metres) is the culmination of a plan Robertson mapped out at the start of the year.

Robertson brought Fabergino across to Melbourne for the Bob Hoysted Stakes (1000 metres) at Flemington on February 29 which she won comfortably.

After that win, Robertson said it was a trial run to see how she handled the travel to Victoria as she wanted to bring the mare back for the Moir Stakes.

Robertson’s best laid plans were almost scuppered by the coronavirus as she struggled to get a flight from Perth to Melbourne for Fabergino .

“There were hardly any flights coming across but there was one two weeks ago and we got the only spot on it for a horse,” Robertson said.

“If we didn’t get on it we weren’t coming as we weren’t going to truck her over.”

Also coming across with the team, who are staying at the stables of Jason Warren and Dean Krongold while in Victoria, was veteran Perth rider Peter Knuckey, who has been previously based in Melbourne and who rides Fabergino on Friday.

“As for the wet, we’ve come this far, it’s something we can’t control, so we’re going to be running and we’ll find out whether she can handle it or not,” Robertson said.

Fabergino is a speed horse and Robertson said she would use that asset but she was capable of taking a sit behind the leaders.

“She’ll use her speed, that’s her style, but if someone can run faster we can sit off them and run over the top of them,” she said.

Robertson said Fabergino had been galloping well at Mornington which was a tight-turning track similar to Moonee Valley.

Robertson and Knuckey aren’t able to return to Perth easily due to COVID-19 travel protocols so they will stay in Victoria for the spring carnival.

Fabergino will run in a couple more Melbourne races before returning home for the Winterbottom Stakes.