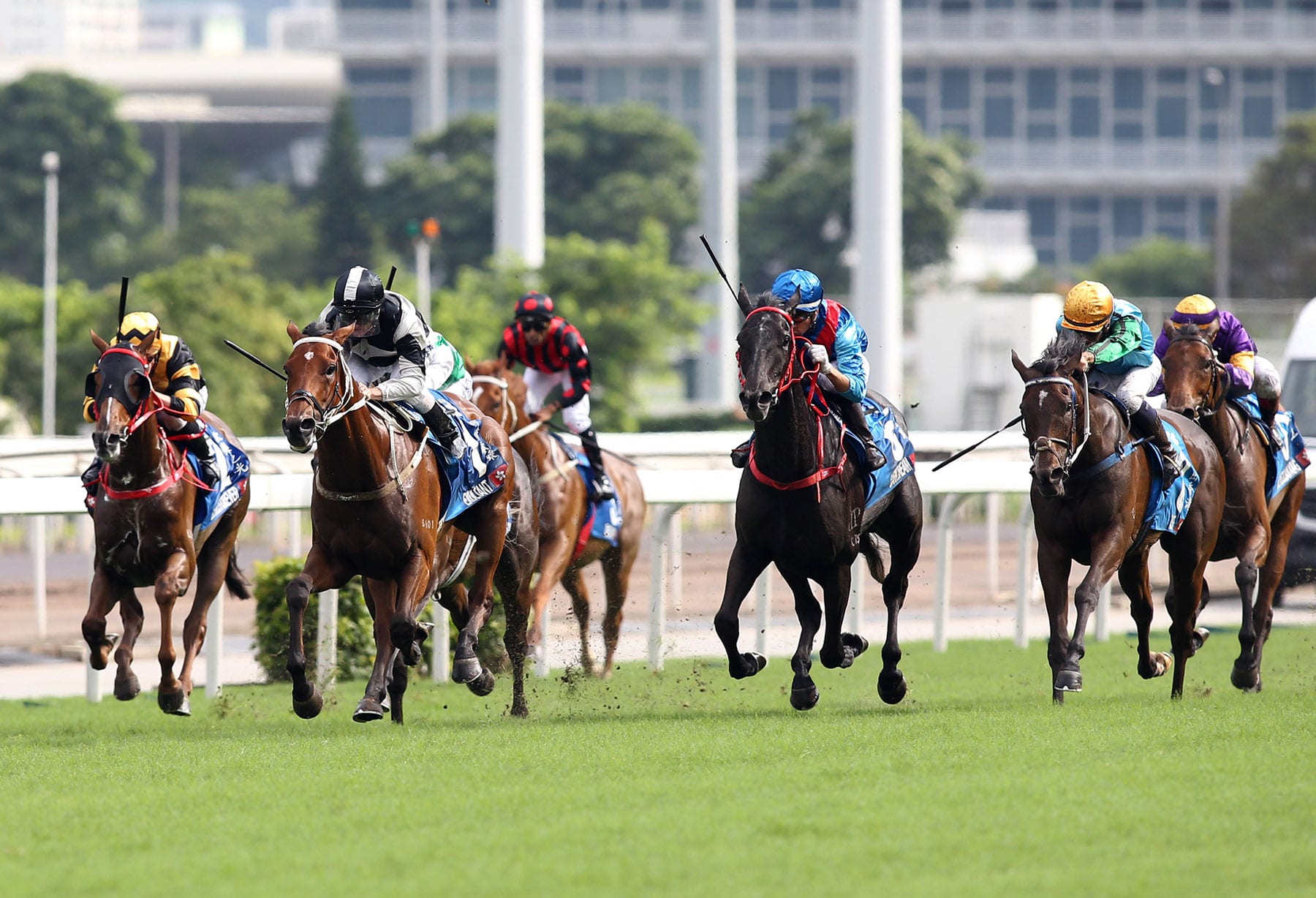 Exultant battled to victory in the HK$10 million Standard Chartered Champions & Chater Cup (2400m) at Sha Tin this afternoon (26 May) as man-of-the-moment Zac Purton notched a record seventh Group 1 win in a Hong Kong season, one more than the six Joao Moreira achieved in 2014/15.

The star stayer’s success was Purton’s fourth in a sparkling six-timer today that included both Group race features – his Group 1 score followed a triumph on the David Hall-trained Little Giant in the Group 3 Sha Tin Vase Handicap (1200m). And it could have been a magnificent Purton seven had Fast Most Furious not failed by a nose in the finale.

The Australian ace landed back in Hong Kong early this morning after coasting to victory atop Southern Legend in Singapore’s Group 1 Kranji Mile last night.

Exultant’s win – an equal blend of guts and class from the Tony Cruz-trained gelding– took Purton’s season’s tally in Hong Kong to 130. He ended proceedings on 132, just four shy of his all-time best.

“Exultant was all heart today,” the rider said. “He pulled in the run, which he hasn’t done for quite some time and he was gone at the 600 (metres) but his big heart just continued to carry him to the finish line. It was a good, tough, strong effort from a horse that hasn’t let us down, he’s been great all season. That’s credit to the horse and Tony.”

The 1.5 favourite settled fourth of nine behind front-running stablemate Time Warp and was under the pump on the final turn. Purton shifted his mount to a four-wide track at the top of the home straight as last year’s winner Pakistan Star edged out and quickened past to a narrow lead.

But Exultant dug deep for his rider and when Pakistan Star hit his limit inside the 200m mark, the Irish import just kept on galloping to register his third Group 1 score this term, all but bagging the end-of-season Champion Stayer title.

“He’s our best stayer and he showed that again today,” Purton said.

Cruz, who began training in 1996, had to wait until 2013 to saddle a Champions & Chater Cup winner; today’s success was his sixth in the historic race.

Trainer, jockey and owners Eddie Wong and Wong Leung Sau-hing had been keen to travel to Japan for the five-year-old’s proposed next start in the Group 1 Takarazuka Kinen at the end of June.

“He wasn’t very comfortable on the going, I think he’s better on good to firm, and he was running a bit freely today,” Cruz said before revealing that, “the owners, myself and the jockey, we all decided just now not to go to Japan. It’s a short run-in at Hanshin and the going is almost always on a soft track, so with those things in mind we’ll give him a break.

“Next season, maybe the trip is Dubai, that’s the race we have in our calendar if we do decide to travel him.”