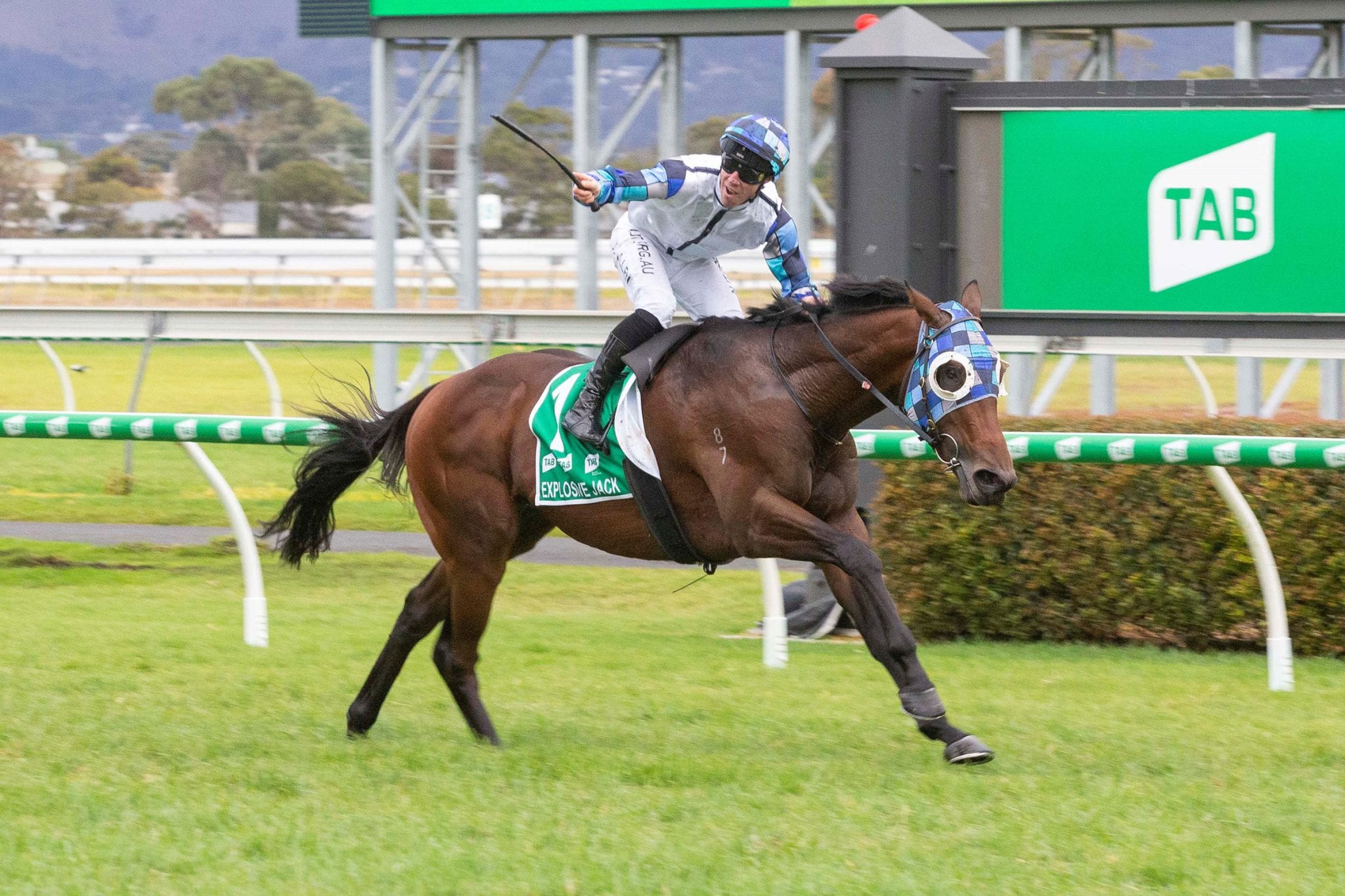 Explosive Jack, the prince of Australian racing, will be looking to etch his name in the record books when he lines-up in the Group 1 Queensland Derby (2400m) at Eagle Farm on Saturday.

The son of Jakkalberry has continued to go from strength-to-strength this season and has benefited from the inter-state operation of his trainers.

He arrived at their Warwick Farm stable late last week and assistant trainer Jack Bruce said he is thriving ahead of the last leg of his journey to Brisbane.

“He ended up coming up via truck to Warwick Farm because he missed a flight early last week,” Bruce told SENTrack.

“We worked him on Saturday and he had a nice gallop, the same that he has been going into the ATC Derby and South Australian Derby.

“He had a comfortable bowl around this (Tuesday) morning, not a gallop so to speak, and he will travel up tonight.

“This week the float ride is going to be enough and we don’t want to do too much. He is right where he needs to be, it’s just a matter of keeping him happy.”

Explosive Jack was stationed at Warwick Farm earlier this season and Bruce said the improvement he has shown since then has been exceptional.

“We had him here before at some stage. He won a race at Kembla Grange and had a mini prep here before going to Tasmania,” Bruce said.

“It is fair to say that the improvement that he has shown from that preparation to what we are seeing now is very pleasing to see.

“He is a horse that has continued to improve the whole time and that is why he has stayed in work – just the upward curve he has been on and how he has been coping and handling himself.

“It’s a credit to the team in all locations where he has been that he has been able to thrive and enjoy himself. He doesn’t do a whole lot of work, he is quite a naturally fit horse. Ciaron and David keep ticking him over and he continues to raise the bar.

“He is such a push button sort of horse, whatever work you require he will do. He is in a good zone at the moment, so I think it is very exciting for the whole team going into Saturday.”

Explosive Jack will be joined in the Derby on Saturday by stablemate and fellow Kiwi-bred Let’s Karaka Deel.

The perennial bridesmaid has finished runner-up in his last three starts, including behind Explosive Jack in the South Australian Derby last start.

The Dundeel colt worked in company with his more fancied stablemate on Saturday and Bruce said he has been impressed with what he has seen.

“This is the first time that he has been up here to Sydney,” he said. “I am pretty impressed with him. He has got a lot of those typical traits of the Dundeels – he is not an overly big horse, he is a busy little fellow.

“He runs through brick walls, he is a very strong stayer. When he did work with Explosive Jack on Saturday, he did lead the gallop quite comfortably. As they kept quickening, he just kept going and going. He pulled up really well after that piece of work and he is set to go.

“All the attention is on Explosive Jack, but he is a quality horse in his own right, and he deserves to be there.”

Let’s Karaka Deel is also a New Zealand Bloodstock graduate, having been purchased out of Wentwood Grange’s 2019 Book 1 Yearling Sale draft by Flying Start Syndications and Pinhook Bloodstock for NZ$80,000.