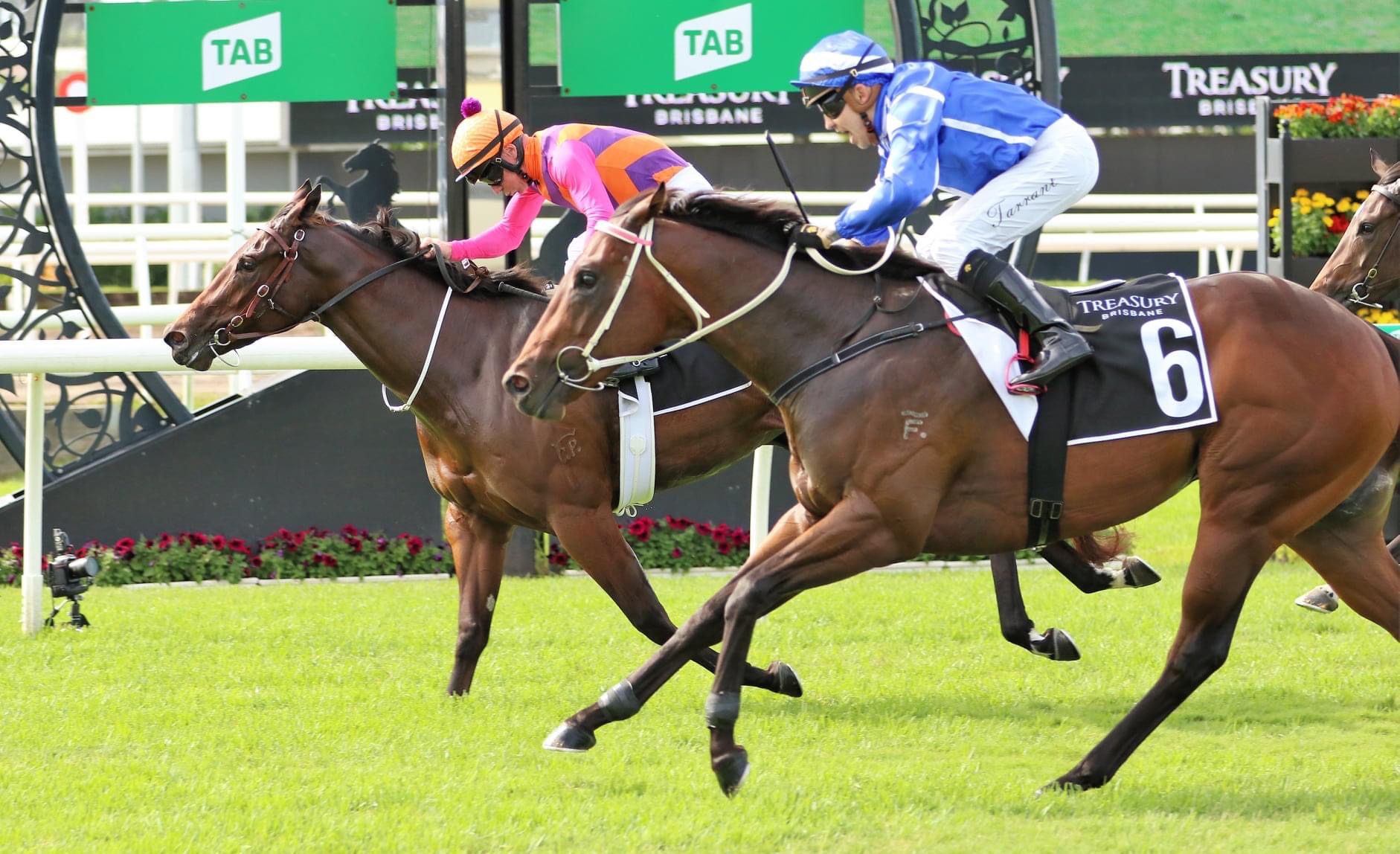 The Desleigh Forster-trained two-year-old filly won her first three starts, before finishing midfield in the Aquis Pearl in early January.

Having not started since then, the talented galloper resumed as a $16 chance with online bookmakers, causing an upset in the $140,000 event after defeating the short-priced favourite Steady Ready in a nail biter.

The Exosphere filly gave Forster a huge thrill, with the trainer saying the best part of her win was her fight late.

“The really good thing about it today was that when the other horse came to her, she kicked and found more,” she said.

Forster was full of praise of her winning hoop, saying that Queensland’s top rider has plenty of confidence in the speedy galloper.

“That’s the good thing about it,” the winning trainer said.

“He’s (Byrne) just got so much confidence in her.”

Byrne and Forster will combine next Saturday in the inaugural running of The Archer at Rockhampton with Apache Chase.

The talented conveyance was a recent trial winner at Deagon and has opened as a $4 favourite with online betting sites for the $440,000 event in Central Queensland.