Exhilarates out to add to Godolphin tally in Adelaide 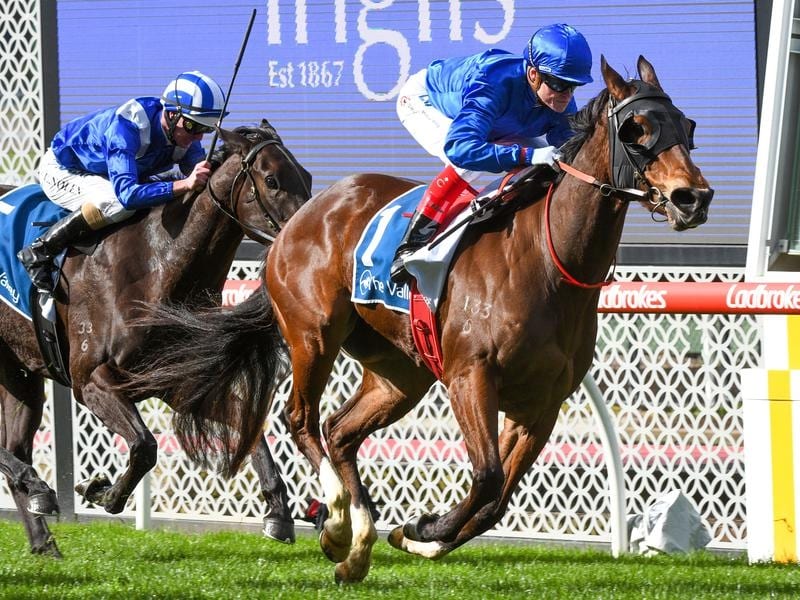 Godolphin may not have a big presence in South Australia but their main trainer James Cummings is always keen to support their carnival races.

Last week the stable sent a pair of their two-year-old to Morphettville for the Listed Dequetteville Stakes (1050m) and came home with a perfect one-two finish.

Godolphin and Cummings have added to their arsenal in Adelaide on Saturday and have Exhilarates running in the Group 3 R N Irwin Stakes (1100m) at Morphettville.

The four-year-old daughter of Snitzel runs for the first time at Morphettville having previously campaigned in all states on the eastern seaboard.

She has registered victories in Brisbane, Sydney and Melbourne, with her most recent coming in the Listed MSS Security Stakes (1200m) at Flemington last November.

Victorious in the Magic Millions 2YO Classic on the Gold Coast in 2019, there is, however, one thing missing from the CV of Exhilarates, a Group 1 victory which Cummings hopes to rectify in either the Robert Sangster Stakes (1200m) on May 1 or The Goodwood (1200m) two weeks later.

Godolphin won The Goodwood last year with Trekking and Cummings is pleased with the preparation of Exhilarates ahead of her first-up assignment on Saturday.

“She’s won first-up in the past and has pleased us in preparation for this assignment,” Cummings said.

“The Melbourne team have applied the finishing touches with a couple of strong gallops and a jumpout at Flemington last Friday.

“Her Flemington victory in the spring demonstrated that her competitive juices are still flowing and this mare arrives fresh-up after her third straight commendable placing in the rich Magic Millions race series.”