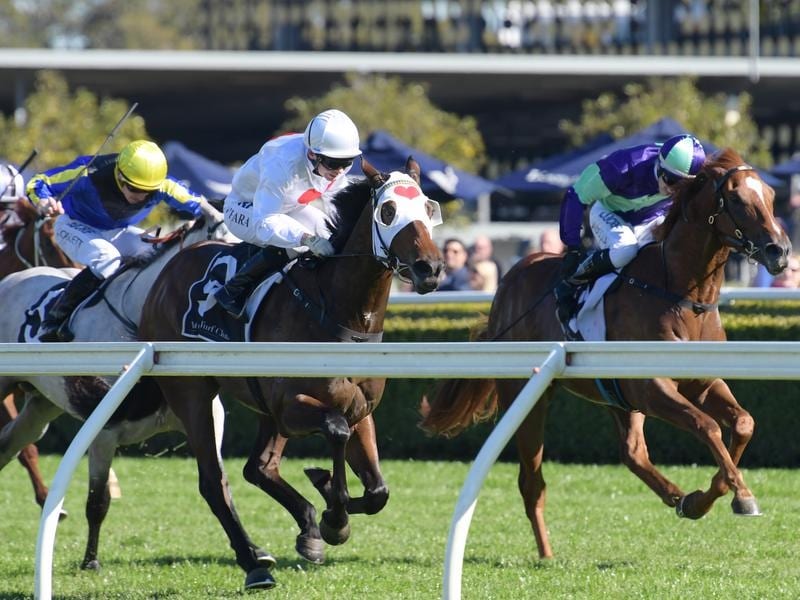 Despite pre-race plans having to be scrapped, two-year-old Excellent Proposal has managed to bring his winning form from Kembla Grange to Randwick.

He led to win his debut at Kembla last month and that was again the intention but Brenton Avdulla was forced to think quickly when Excellent Proposal ($11) took a backward step when the gates opened.

Kathy O’Hara took Pixel Perfect ($31) to the front and the Gerald Ryan-trained filly had the advantage in the straight.

She looked as if she would hold on until Excellent Proposal wore her down to win by a head.

“We thought he might end up in front,” Michael Freedman said.

“Brenton summed it up. This horse is still very raw and gets worked up.

“We’ll see how he pulls up and we might give him a let-up and then have a crack at some of the better spring races.”

Avdulla admitted he was unsure if he could catch the leader.

“He got on the back foot and then Kathy controlled the speed and in the straight I thought I might run a nice second,” he said.

Excellent Proposal is raced by Hong Kong-based Eric Chung, the owner of Special Missile who won the Scone Cup for the Freedmans in May, a few days after the brothers formed a training partnership.