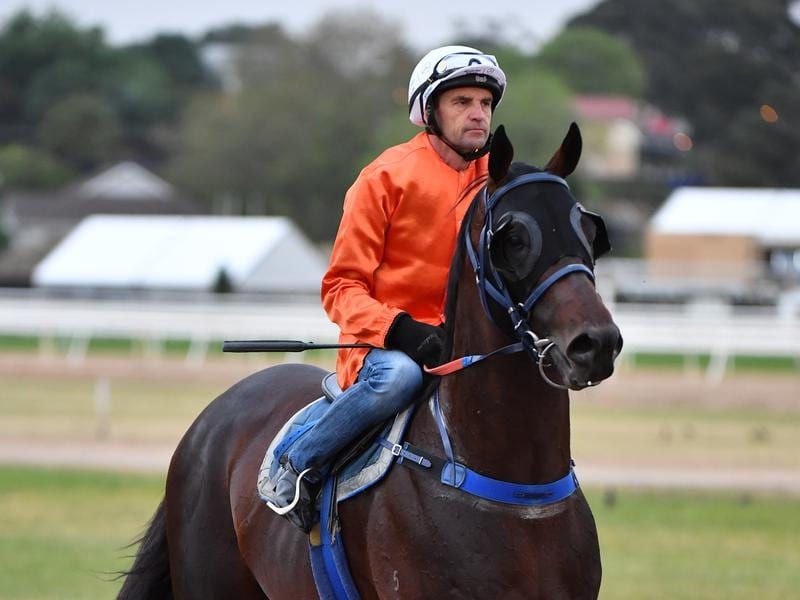 Hawkes Racing is leaving nothing to chance as they chase an important Group One victory with lightly raced colt Exceedance.

The three-year-old is set to run in Saturday’s Coolmore Stud Stakes (1200m) at Flemington.

Co-trainer Wayne Hawkes said Saturday’s race was important for the future of Exceedance.

“It would be nice to get the Group One with him as he’d be worth a lot of money if he could nail that,” Hawkes said.

“It’s the big dance but he’s on song for it and he’s going to need to be.

“It’s a cracking race, as it always is. It’s a big grand final for the three-year-olds.”

The colt is by Exceed And Excel out of stakes winner Bonnie Mac.

Exceedance, who has won two of his five starts and finished third three times, has not raced since finishing behind Bivouac and Yes Yes Yes in the Golden Rose at Rosehill on September 28.

Yes Yes Yes went on to win The Everest, beating the older horses, while Bivouac was an odds-on favourite when an unlucky sixth in Friday night’s Manikato Stakes at The Valley.

Bivouac has been posted a $3.20 favourite for the Coolmore Stud with Exceedance second pick at $4.50.

Exceedance trialled down the Flemington straight on Friday morning, sporting blinkers in the 800m jump-out in which he finished on terms with the Peter and Paul Snowden-trained Cosmic Force, a $6 chance in Coolmore Stud betting.

“He was good,” Hawkes said.

“It was hard trying conditions with the wind.

“They all had to cope with it but I thought he was good.”

Hawkes said Exceedance had been based at the team’s Flemington stable since shortly after his Golden Rose performance in Sydney.