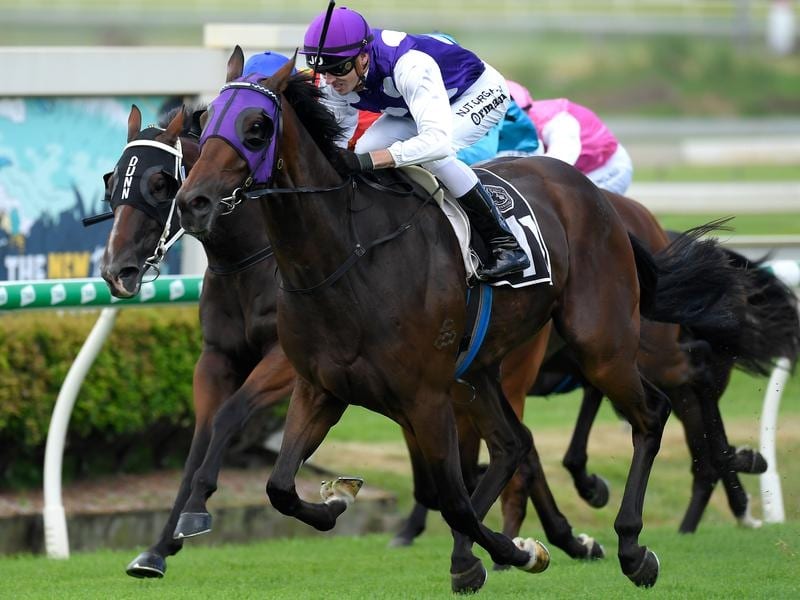 Tough three-year-old Eric The Eel has confirmed a trip to Sydney with his last-to-first win at Doomben.

Wearing blinkers for the first time, Eric The Eel, the $2.45 favourite, dropped out to last but swept around the field from the 600m to score by a length to Malawi Gold ($9.50) in Saturday’s Pines Pacific Ale Plate (1600m).

Trainer Stuart Kendrick immediately confirmed Eric The Eel would head to Sydney with the Group One Australian Derby (2400m) at Randwick on April 4 as his aim.

“We wanted to get him out to 1600m today and then step up in distance. I have always said we wouldn’t see the best of him until he is getting over 2000m,” Kendrick said.

“The blinkers went on today and they really switched him on but he was still relaxed. The blinkers will stay on for Sydney.”

Kendrick said Eric The Eel would probably start in the Group One Rosehill Guineas (2000m) in three weeks time before the Derby.

“The option is also there for the Tulloch Stakes a week before the Derby. But we will settle the matter once we get to Sydney and see how he travels.”

Winning jockey Jim Orman said Eric The Eel had shown a good turn of pace once he asked him for an effort.

“The good thing was he relaxed so well once there was plenty of pace up front,” he said.