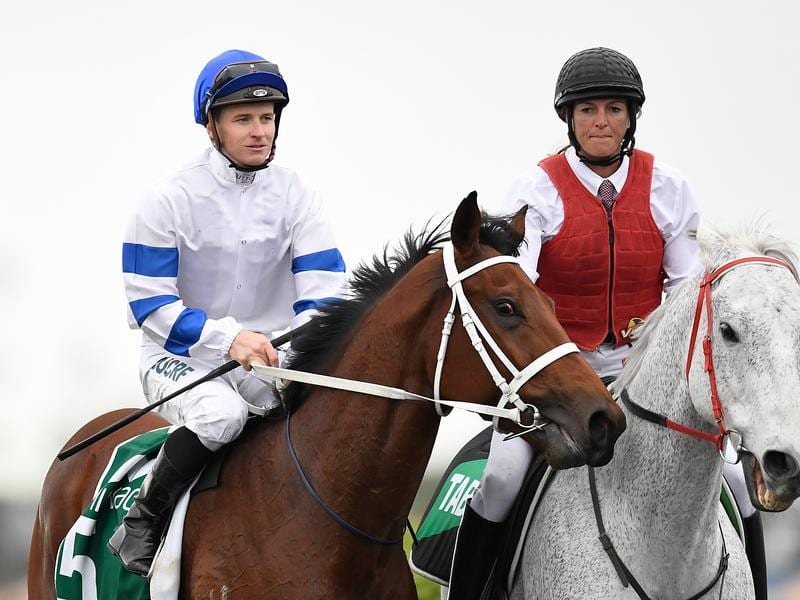 The Epsom Handicap will be the spring carnival goal for Queensland Guineas winner Kolding.

Trainer Chris Waller wasted no time naming the Epsom as Kolding’s spring carnival target after he extended his winning sequence to four straight wins in the Guineas.

Kolding, the $2.80 favourite, provided jockey James McDonald with the third leg of a winning treble when he overhauled Baccarat Bay ($14) to win by a half length with Pohutukawa ($5) an unlucky third a long neck away.

Waller believes Kolding is an ideal type for the Epsom.

“I think he’s the right horse to go through to the spring. An Epsom type of horse in my opinion,” Waller said.

“He’s owned in the same interests as Rangirangdoo who won that race and this race looks a good launching pad.”

Waller said a gelding operation has worked wonders for Kolding.

“It’s been the making of this horse. He’s four from for since he’s been gelded,” Waller said.

“Gelding them changes their attitude markedly. They forget about what’s going on in terms of fillies and they concentrate on their racing.

“They actually become nicer horses too. They start enjoying life and it’s certainly been the turning point for him.

“Prior to being gelded he had the ability but didn’t want to be a racehorse.”

McDonald said Kolding relaxed perfectly during the race and was confident he would overhaul his rivals in the straight.

“He’s a horse that’s really found his race craft, I was able to just sit on quietly on him throughout the run. He didn’t spend a penny and that showed in the finish,” McDonald said.

“When I asked him for an effort over that last couple of hundred he kept responding, he’s in winning form and knew where the line was.”

Pohutukawa returned with another hard luck story after being severely checked near the 250m before storming home to finish third.