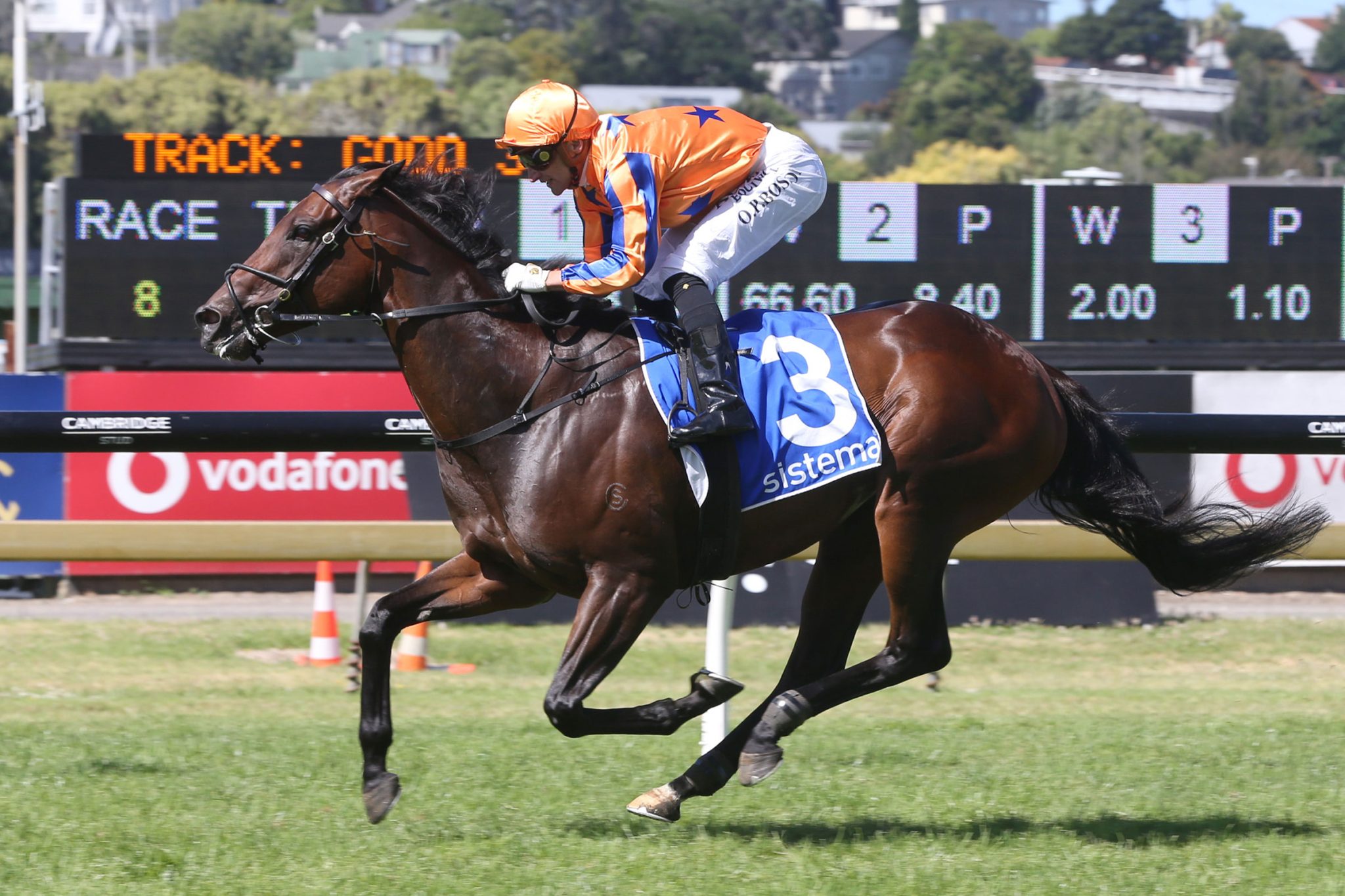 Group 1-winning mare Entriviere will be the sole New Zealand galloper in Saturday’s Doomben 10,000 (1200m) field, with Te Akau trainer Mark Walker opting to save three-year-old colt Sword Of State for another day.

The daughter of Tavistock has won seven of her 13 career starts – four of which have been in Australia.

In her four Australian starts, the five-year-old is yet to finish outside of the first four, winning the Group 2 Sheraco Stakes (1200m) last September, before going on to run third in the Golden Pendant (1400m) and then fourth in the inaugural running of The Invitation (1400m) behind Icebath.

“We’re going to be running 1200m on a heavy track, so you’ve got to have them pretty rock-hard fit. We’re really pleased with her, but obviously it’ll be a good field, won’t it?”

Champion New Zealand jockey Opie Bosson will retain the ride on Entriviere this Saturday as he looks to combine with the mare for a second Group 1 win, having guided her to victory in the Railway earlier in the year.

Entriviere currently sits on the equal-second line of betting for the Group 1 sprint at +700 with online bookmakers, alongside Count De Rupee and Andermatt, while Mazu dominates betting as the +150 outright favourite.

Although named the Doomben 10,000, the $1 million sprint might not be run at its namesake track on Saturday, with the Brisbane Racing Club announcing a contingency plan that will take effect if the expected rain falls on the River City this week.

Walker had also nominated his dual Group 1 winner Sword Of State for the 10,000, but the colt won’t back up following a narrow defeat in Saturday’s Group 3 Gold Coast Guineas (1200m).

“The horse was so brave,” Walker said.

“Opie said at the 200m that he thought the other horse (Prince Of Boom) was going to run away from him, but he really dug deep and showed great determination right to the line.

“We were pretty happy with the run, just unfortunate we missed the bob of the head.”

The Cambridge Stud-owned future stallion will next race in the Kingsford Smith Cup (1300m) on May 28 at weight-for-age level in a bid to add an Australian Group 1 win to his CV before stud duties call in the spring.

“That looks to be the plan at this stage – to head down that path towards that race,” he continued.

“It doesn’t get any easier though, does it?

“You’re going to weight-for-age next time. Hopefully the weather dries out by then.”