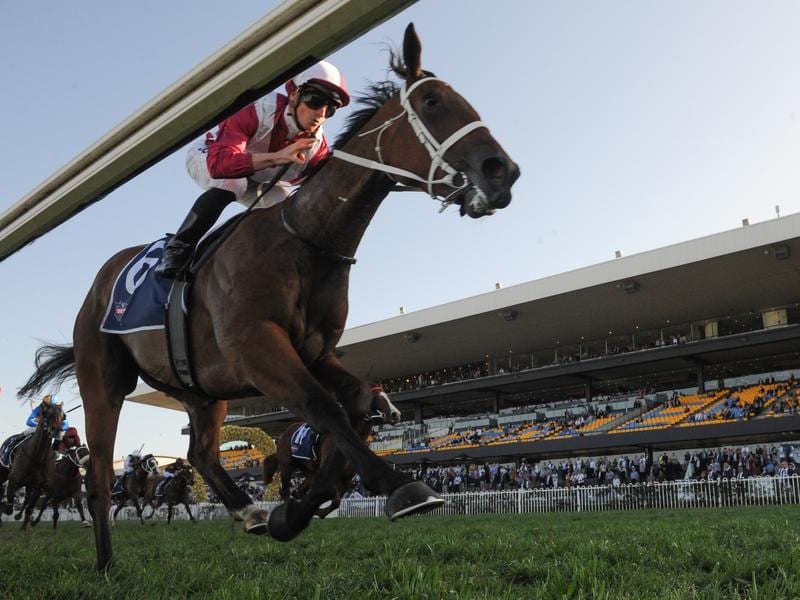 Enticing Star will try to emulate stablemate Arcadia Queen with a Group Two win at Rosehill at her first Sydney start.

Leviathan Perth owner Bob Peters has sent the mares from the west to Rosehill trainer Chris Waller and both have secured starts in the $14 million Everest on October 19.

Arcadia Queen made an immediate impression in Sydney with her win in the Theo Marks Stakes (1300m) on September 14 and Enticing Star lines up in Saturday’s Golden Pendant (1400m).

She has opened the $2.80 TAB favourite in the seven-horse field, with James McDonald to ride.

She gets into the race with 54kg under the set weights and penalties conditions with her Group One-winning stablemate Invincibella topweight with 58kg.

“Enticing Star has had almost an identical preparation to Arcadia Queen, who obviously resumed a fortnight ago in similar type conditions,” Waller said.

“Enticing Star is a very good horse in her own right and James McDonald has done a lot of work on her and has ridden her in a trial.

“She gets into the race well under the set weights and penalties scale. She seems a versatile horse from her training and has good speed but also knows when to switch off and relax as well so I could not be happier with her.”

Waller said Enticing Star would race without blinkers on Saturday but they would go back on for The Everest.

Waller said Invincibella was also ready to go after a delayed start to her campaign because of the recent wet tracks.

“She has come back well and was ready to race a fortnight ago but was held back due to the wet track” he said.

“There is still a little bit of improvement to come as she is still carrying a bit of extra weight but obviously her class always sees her competitive in these types of races.”