Emperor’s rule only just getting started as December preparations begin 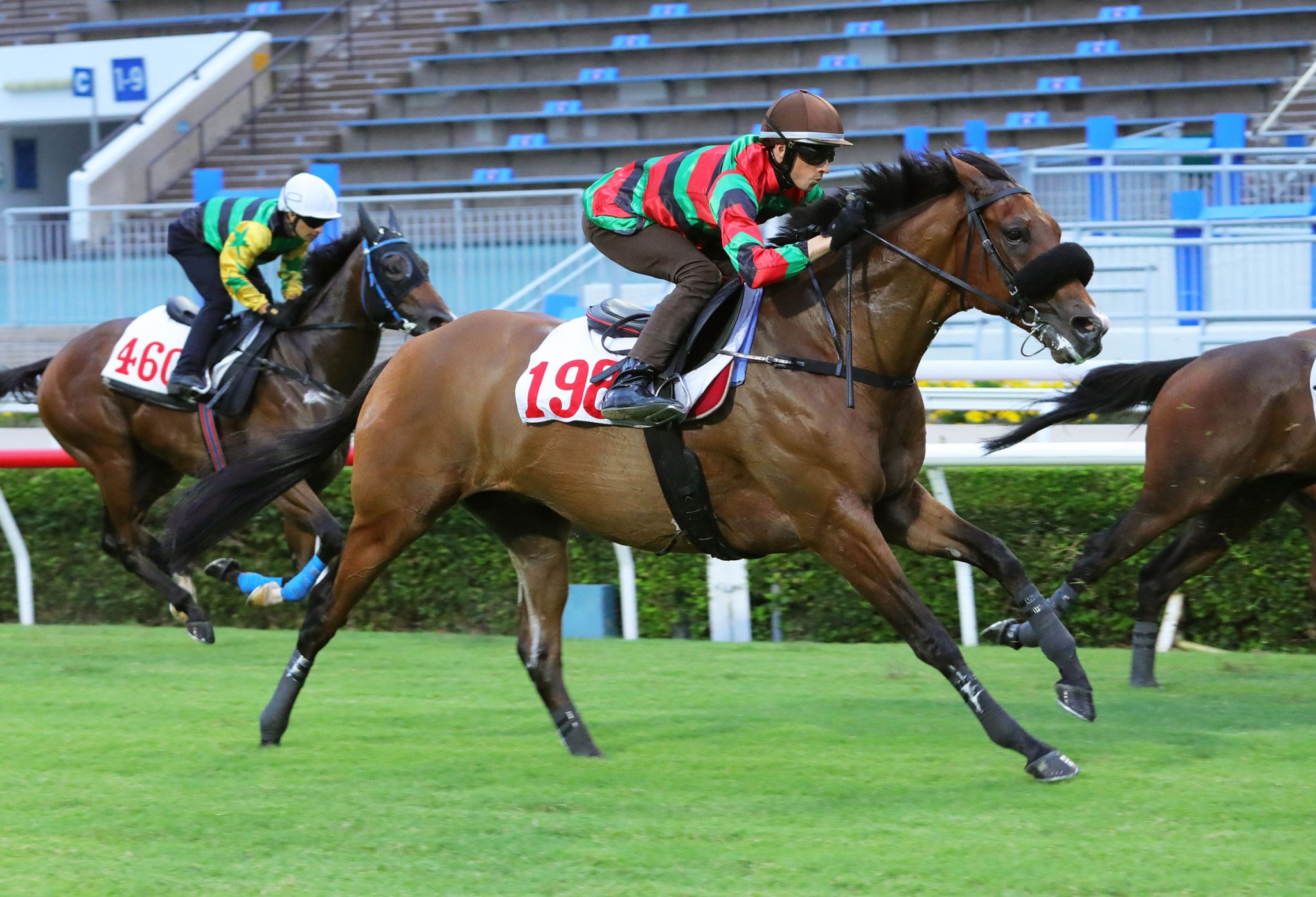 Russian Emperor returns this season under entirely different circumstances to last, not with a point to prove but instead doing so as the chief protagonist of Hong Kong’s staying division – a title and level of expectation that puts a spring in the step of trainer Douglas Whyte as he plots a path towards the 2022 Hong Kong International Races (Sunday, December 11).

“This is what wakes me up every morning – a horse like this. I love horses full stop but I think everybody knows that I love the competition and to prepare these big horses for the big races certainly gives me a thrill,” Whyte said.

Third in the 2021 Group 1 Hong Kong Cup (2000m) behind Loves Only You and Hishi Iguazu, Russian Emperor’s story has been one of perseverance and patience which was richly rewarded with victories in the 2022 Group 1 Citi Hong Kong Gold Cup (2000m) and 2022 Group 1 Standard Chartered Champions & Chater Cup (2400m) – his only Hong Kong wins.

After finishing an agonising second in the 2021 Hong Kong Derby (2000m), Whyte was forced to wait a further 11 months for Russian Emperor’s first win in Hong Kong, while during that time he had several lameness issues and was gelded before his crowning moment came when he was dubbed Hong Kong Champion Stayer (2021/22) at the conclusion of last term.

“It required patience from myself but more so the owner. He’s been a horse that had I pushed him or given him those extra runs or gallops that he probably wouldn’t be where he is today, it would have been a tragedy because with the time, patience and expectations it has now all paid off,” Whyte said.

Between seasons and following his most recent outing when victorious in the Standard Chartered Champions & Chater Cup last May, Russian Emperor shuttled to Conghua for a break before reappearing on the Sha Tin turf Tuesday morning (September 27) in a barrier trial under jockey Lyle Hewitson.

“I think based on what I’ve seen over the summer break and him having had the full season of racing last season and as well at the top level that he’s probably furnished more than I’ve ever seen of him.

“He’s put on weight in the right places but more than anything he is very fluent in his action and mentally he is in a good place,” Whyte said.

The five-year-old crossed the line among the second half of the field under Hewitson Tuesday morning, moving well and to the delight of Whyte as he gears up for a return in the HKD$5 million Group 2 Oriental Watch Sha Tin Trophy Handicap (1600m) on October 16.

“He’ll go to the mile and we’ll see how he goes there, obviously he’s going to be in need of that race so whatever he does he’ll improve,” Whyte said. “He had a nice hit out this morning, he came back blowing – he needed that, so that’ll strip him to where he needs to be for his first race.”

Russian Emperor will tackle one of two races at the Hong Kong International Races.

“On that run (third in last year’s Hong Kong Cup), you’d be tending to lean towards the Cup. He’s still got freshness on his side, it’s not that far into the season and he would have only had two races prior to that.

“I’d like to lean towards the Cup but we’ll have a look at the entries and decide with the owner closer to the date, it’s a good option to have anyway,” Whyte said.

As a rider, Whyte nailed an unrivalled 13 consecutive Hong Kong Champion Jockey crowns from 2000/01 to 2012/13. He stepped into the training sphere in 2019/20 and his rise has been swift, boasting three Group 1 wins already including one with Stronger who returns first-up to contest Saturday’s (October 1) HKD$3.9 million Group 3 National Day Cup Handicap (1000m).

“I was really complimentary of his trial last Tuesday (September 20), I thought he did that with a lot of purpose, he had that zing in him and that will to want to get in front.

“He’s got fantastic form over the 1000 (metres), he’s a little bit over weight, he has to carry top weight as well but what I always say about him is that when any other runner has a chink in their armour that he is there to lap it up – he’s as honest as the day is long. He’ll give a good account of himself but he will be in slight need of the race,” Whyte said.

Looking to tonight’s (Wednesday, September 28) fixture at Happy Valley, Whyte has S J Tourbillon engaged in the Class 3 Wan Chai Handicap (1800m) who, like Russian Emperor, is by super sire Galileo and was also formerly trained by Aidan O’Brien.

“I thought his first run for me had merit, it was over a mile and short of his distance – I was just testing him out and I thought he ran on nicely. He steps up to 1800 metres first-up, he has a good gate and the horse has improved over summer.

“He’s doing everything correctly, so I’m confident that he’ll give a good account of himself,” Whyte said.

S J Tourbillon joined Whyte’s stable near the end of last season and looked menacing in a recent trial at Happy Valley under the hands of Lyle Hewitson who takes the ride tonight.

Second in the 2022 Hong Kong Classic Cup (1800m), Whyte’s Turin Redsun also stepped out to trial on Tuesday, crossing the line midfield on the dirt. Panfield – who is also likely to return in the Oriental Watch Sha Tin Trophy next month – caught the eye under Silvestre de Sousa, closing fast to finish in first place.