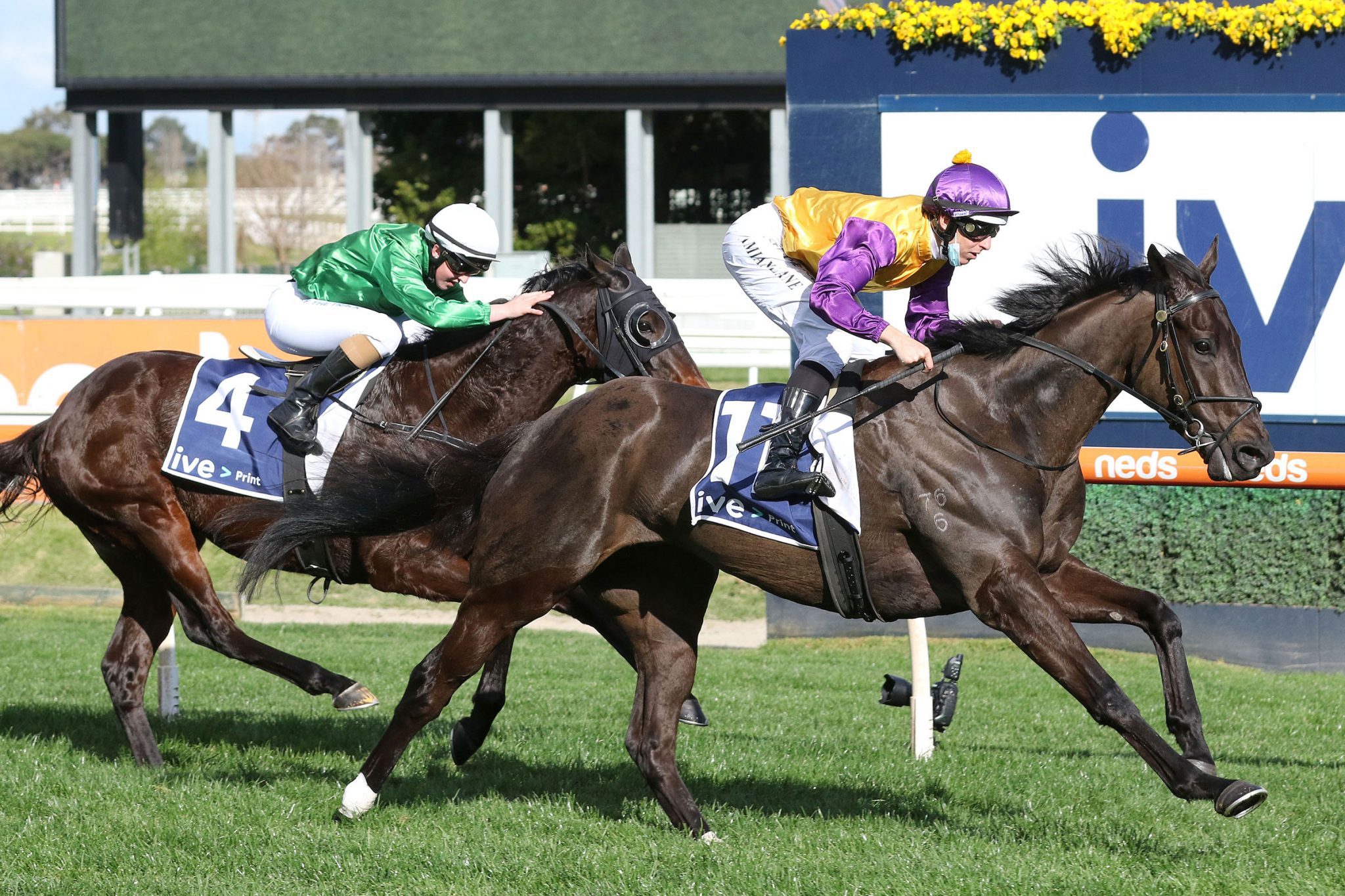 New Zealand raider Elephant made his presence felt at Caulfield on Saturday when making an impressive start to his Australian spring campaign as he cruised to victory in the IVE Print Handicap (1400m).

The five-year-old son of Shocking crossed the Tasman undefeated in his four lifetime starts, and under a cool Damian Lane ride extended that streak to five.

The lightly-tried galloper jumped well from barrier two and Lane found the perfect spot just behind the leaders before presenting the gelding in the straight, quickly putting a length and a quarter on his vanquished rivals.

David Browne has made the journey to Melbourne with a trio of gallopers and was delighted by what he saw first-up after 30 weeks from his talented charge.

“I’m over the moon. You are never too sure if they are going to measure up or not and he’s done well there, especially off that big break,” he said.

“We got him in early to get him over and it’s worked out well so far.”

Despite just stepping through the grades, including Saturday’s BenchMark 84, Browne compared the horse — named after his liking for curling his lip (like a trunk) — favourably to the stable’s previous Group One gallopers, including Roll Out The Carpet, who won a Group 1 New Zealand 1000 Guineas (1600m).

“He’s possibly one of the best we’ve had by far. We had a filly go to a Guineas, but he is much more scopey,” Browne said.

“We’d like to let the dust settle, probably a three week gap depending on how he eats and give him a decent gap between races now. I think we’ll probably go to The Valley and work out a target from there. We’ll go to the mile.”

Browne said there were multiple options at the Valley in three weeks’ time, with either the Group 2 Feehan Stakes (1600m) or an Open handicap over the same distance on the day.

“There’s a couple of options there for him. We’ll see where we end up.”

Winning Jockey Damian Lane was thankful for the call-up ten days ago and believes the gelding can be a factor through the Melbourne spring.

“I had a quick look at his replays and he was certainly one to snatch up in this sort of grade and he’s brought that here today which was great,” Lane said.

“He’s going to reach higher levels, it’s just whether the spring’s too soon for him. Although he’s a lightly-raced five-year-old now, he’s still putting it together. He’s got a really big action and is yet to fully flatten out. He can definitely go up in grade and where he gets to this time, I’m not sure.

“But it wouldn’t surprise to see him in a race like the Toorak Handicap (Group 1, 1600m) off a light weight.”

Elephant holds early nominations for both the Group 1 Cox Plate (2040m) and Group 1 Melbourne Cup (3200m), with his trainers believing the five-year-old will be most effective up to 2000m.

The win immediately vindicates the journey taken by Browne, with the Cambridge horseman taking a leap of faith travelling to COVID-affected Melbourne, with the father of three unsure when he will be able to get back to New Zealand in an ever-changing environment.

Elephant shapes as yet another spring star for Rich Hill Stud stallion Shocking, who is also the sire of boom galloper I’m Thunderstruck.

He is one of four winners for the very speedy mare Ticklish, a Listed winner that was Group One placed and is already the dam of multiple Group Three winner Melt.

Elephant’s breeder Andrew Fowler, who is also responsible for the name, is a part-owner of the promising galloper.