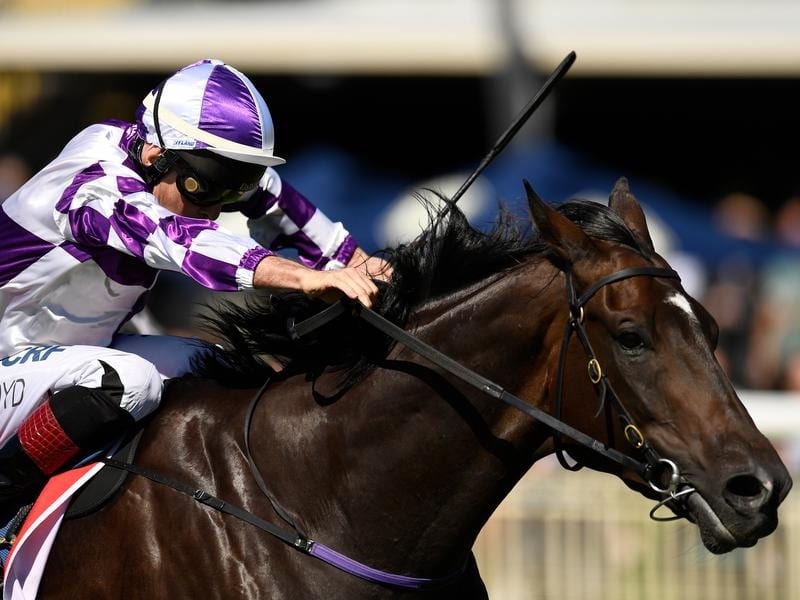 Having already claimed a black-type race in Adelaide for the McEvoy stable, Ef Troop will now try to add a Melbourne win to his resume.

Like the Adelaide race, Thursday’s sprint at Caulfield is over 1200m.

Ef Troop began his career in Brisbane under the care of Tony Gollan, winning three of his 12 starts before being moved to the McEvoys where he has been predominantly trained from their Kildalton Park complex at Angaston in the Barossa Valley of South Australia.

The four-year-old had his first run for the trainers finishing seventh at Ballarat in the Magic Millions Three & Four-Year-Old Classic (1100m) on November 23 before being whisked back to Adelaide to prepare for the Christmas Handicap.

Calvin McEvoy said Ef Troop had remained at Kildalton Park to prepare for Thursday’s assignment before being taken to their Flemington stable on Monday.

McEvoy said their brief when they took over training Ef Troop was to get the gelding to relax, which the younger of the two training partners said continued to be a work in progress.

“He’s a horse we believe trains better at the farm at Angaston, so we left him there to get ready for this race.

“We got sent the horse to try and get him to relax a bit and use himself a bit better and he seems to have done that nicely, so we don’t try to fix something that’s not broken.”

With the McEvoys’ Melbourne rider Luke Currie not available on Thursday, Barend Vorster will fly in from Adelaide to partner Ef Troop.

Vorster, sitting third on the South Australian jockeys’ premiership, has made successful hit-and-run visits to Melbourne previously and will ride at Caulfield for the first time on Thursday.