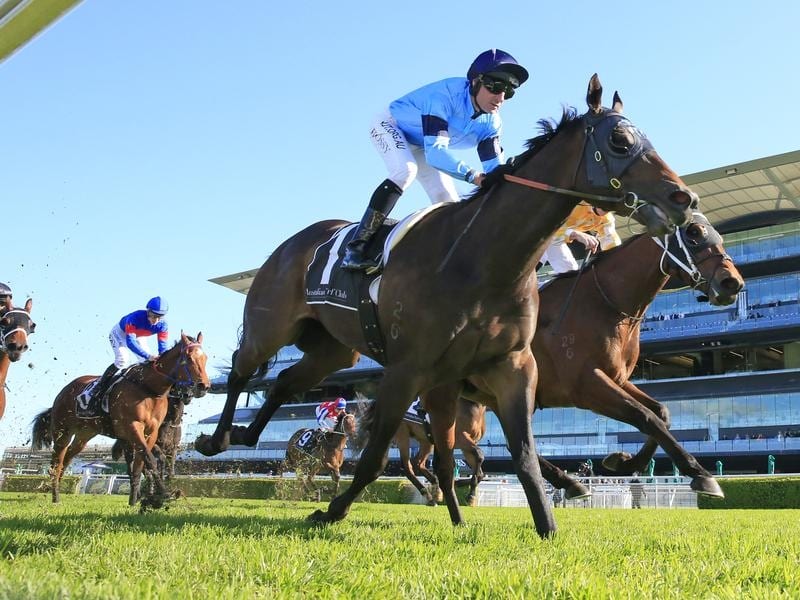 Three-time Melbourne Cup winning jockey Glen Boss has labelled Randwick as one of the wettest tracks he has ridden on after guiding Edison through the mud in the opening race.

The surface was officially put up as a heavy 9 on Saturday but Boss was adamant it was further along the scale.

“It’s one of the heaviest tracks I’ve ridden on,” Boss said.

The wet surface diminished Boss’ confidence pre-race as he felt the Bjorn Baker-trained Edison struggled in similar conditions when unplaced at his previous start.

But a combination of class and fitness made the difference in the Newhaven Park Handicap (1300m).

“I really didn’t like his chances on a heavy track,” Boss said.

Edison ($8) raced close to the speed in a slowly run affair and after quickly getting the better of leader Faretti, held on to score by a half-neck over Papal Warrior ($7.50).

Trainer Greg Hickman felt the favourite got too far back but was satisfied with his effort over the final 100m.

“He is going to make a nice horse one day. He just needs to develop and mature some more and that will come with time,” Hickman said.

Jockey Tommy Berry was questioned by stewards over the performance of Travest and concurred he should have waited for the race to unfold further before deciding to drag the horse back to last.

Berry said Travest didn’t have the turn of foot he demonstrated first up and felt he was looking for a longer journey.

Edison’s win was a relief for Baker, who had experienced a lean run since last winning a race at Gosford on June 11.

He was also thrilled to celebrate a victory with Boss.

“It’s the first winner he’s ridden for me so it’s great to have a legend like that win on a horse like this,” Baker said.

“I still think the best is yet to come from this guy.”