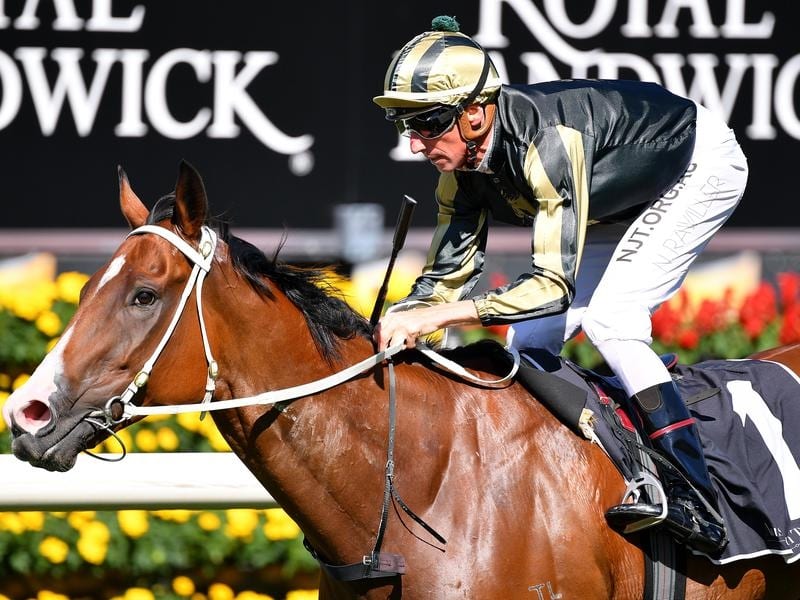 Matthew Dunn has won his share of Highway Handicap races but the NSW northern rivers trainer has celebrated a first Sydney win against metropolitan opposition with Snitz.

Ridden a typically aggressive race by Nash Rawiller, Snitz ($12) camped at the flanks of leader Star Boy, quickly getting the better of him in the straight and spearing clear to score.

Snitz has done the bulk of his racing in Brisbane and his only two previous forays to Sydney were in feature races restricted to country-trained horses.

The stable was confident Snitz could break through on Saturday after Rawiller rode the horse in a barrier trial and followed up with the race ride.

“Once we knew he was chasing the ride we were pretty confident with how he was going,” Dunn said.

“We’ve got a few horses down here and we have to give them a chance to step up to this grade and while they continue to do it and race well I’ll stay down here.”

Rawiller said he was able to get Snitz into a good rhythm and knew he had the race in the bag at the top of the straight.

“He did give me a great feel in the trial and still had a fair bit up his sleeve but the team has done a great job with him, he’s taken a really good forward progression and he was very dominant today,” Rawiller said.