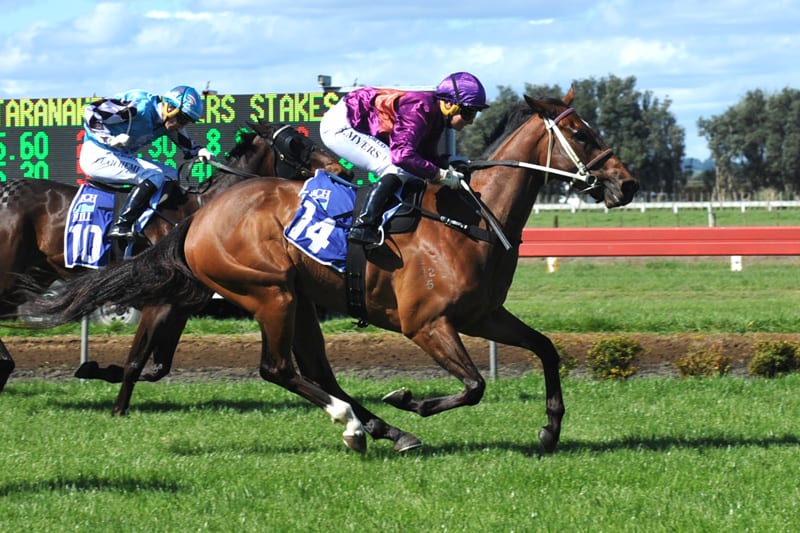 Secret Allure will attempt to add a fifth stakes victory to her tally when she lines up in the Group 3 Gee & Hickton Funeral Directors Thompson Handicap (1600m) at Trentham on Saturday.

The daughter of Zacinto heads into Saturday’s feature off the back of a length victory in the Group 3 Taranaki Breeders’ Stakes (1400m) at Hawera. “She has come through her win at Hawera really well, I am really happy with her,” trainer Lisa Latta said. “Against her own sex can sometimes be a touch easier.” Trentham was rated a Heavy11 track on Friday morning, which Latta believes will be an assist for her mare, with Secret Allure having recorded a win and a placing in her two starts on the surface. The four-year-old will also benefit from a drop back in weight to 53kg. “The weight is a big assist on a heavy track,” Latta said. “The heavy track won’t worry her. I am confident she will go a good race.”

After Saturday’s assignment, Secret Allure will likely head to Riccarton to contest the Group 2 Coupland’s Bakeries Mile (1600m) on November 13. “All going well she will head south for the Coupland’s Mile,” Latta said. “That has always been her target this time in.”

Latta will also line-up Platinum Invador in the Thompson Handicap after his first-up unplaced run over 1400m at Hawera. “He went a good race first up,” Latta said. “Second up is always tough against horses that have had a lot of runs this time in. “As long as he is hitting the line well I will be happy.”

Latta is keen to get the son of Redwood back to Ellerslie in March, the site of his Group 1 New Zealand Derby (2400m) placing last season. “If he comes up we will possibly look at the Auckland Cup (Group 1, 3200m), but we will just take it one step at a time.”

TAB bookmakers have installed Secret Allure as a $3.10 favourite for the race, while Platinum Invador has been marked a $13 outsider.

Latta will also have two runners in the other stakes race on the Trentham card, the Listed Hanley Formula Wellesley Stakes (1000m). Platinum Dubai will head into Saturday in winning form after winning on debut at Otaki in September, while Amosia ran home strongly in her debut run at Tauherenikau last month to finish second behind Piaggio. “Both fillies deserve their chance,” Latta said. “Amosia went really well first up. She got back and ran home nicely. “The other filly (Platinum Dubai) had a week off after her win and she has freshened up nicely. She’s a real little professional, she doesn’t do a lot wrong.”

A tilt at the rich Karaka Million 2YO (1200m) in January beckons $100,000 New Zealand Bloodstock Sales graduate Platinum Dubai, while Latta is weighing up her options with Amosia. “Platinum Dubai is an eligible filly, so we will look at that and the other filly isn’t, we bought her in Australia. “She may need a freshen-up after this race.”