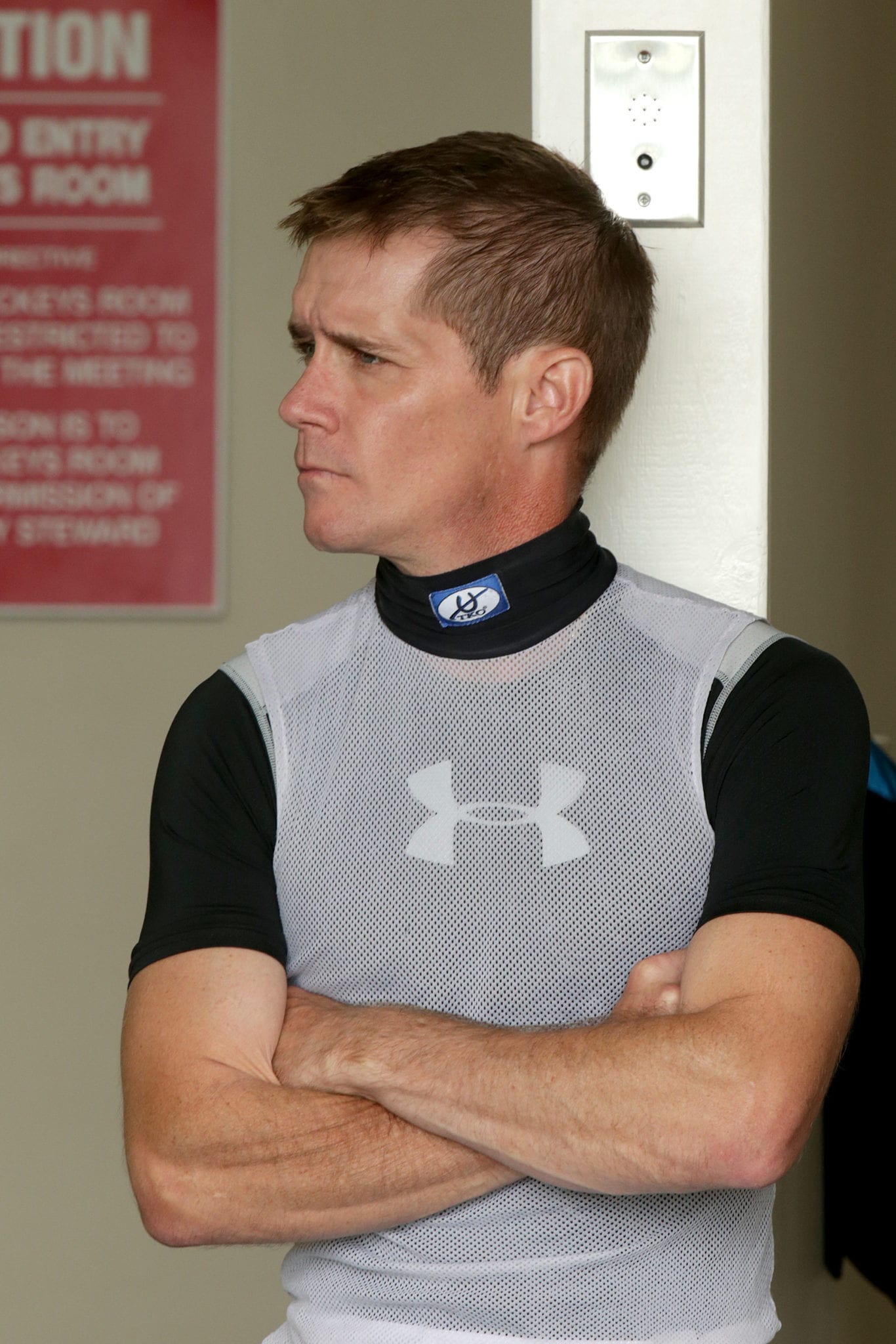 Fresh from recording his first Group 2 victory since relocating to Queensland, jockey Mark du Plessis is now turning his attention to the Group 1 Stradbroke Handicap (1400m). A popular member of New Zealand’s riding ranks for two decades, du Plessis has been based in Brisbane since the 2018 winter carnival.

At Eagle Farm last Saturday, he won the Group 2 Victory Stakes (1200m) on the Jenny Graham-trained Victorem. “In terms of Group status, that was the biggest win I’ve had since I’ve been based over here,” du Plessis said. “I have been fortunate enough to win a couple of races with higher prize-money. There was the Magic Millions QTIS (1300m) on the Gold Coast, which is a million-dollar race and I won it with Chapter and Verse. And then Kisukano won the A$500,000 Aquis Jewel (1200m) for me in March. “But it was a big thrill to pick up that Group 2 win on Saturday.”

Victorem was a $17 outsider for the A$175,000 feature, having disgraced himself in the Group 3 BRC Sprint (1200m) earlier this month. “He was second up on Saturday, and his first start was a total debacle,” du Plessis said. “He bucked coming out of the gates, finished last and didn’t really have much of a run at all. “It was a different story on Saturday. He had trialled well in between times, and his gallop last week gave me a lot of confidence that he would be a good chance in the race. It was a very strong performance and sets him up nicely going into the Stradbroke.”

The five-year-old son of I Am Invincible is now the $8 third favourite for Queensland’s most famous race on June 6, but whether du Plessis will be in the saddle has yet to be confirmed. “Before I had the opportunity to ride Victorem on Saturday, I already had a booking for Outback Barbie in the Stradbroke,” he said. “She ran very well in the Victory Stakes on Saturday as well, finishing a close fourth, and she’d be another lovely ride in the race.

“Tony Gollan has told me that if he’s able to book Steph Thornton to ride Outback Barbie, he’ll be happy for me to get off and ride Victorem. So we’ll know a bit more in the next day or two. “But, going into the race, I’d be more than happy to be on either of those two horses. It’s a great position to be in for a race like the Stradbroke.”

Outback Barbie is currently rated a $21 chance. Du Plessis was born and raised in Zimbabwe, where he began his career with a champion apprentice title. His first season riding in New Zealand was 1998-99, and since then he has ridden 867 winners in this country (NZ) including 15 at Group 1 level. That includes two editions of the Auckland Cup (3200m), aboard Prize Lady in 2007 and Rock Diva in 2015.

The polished jockey also rode successfully in Singapore, where he was champion jockey in 2006. Du Plessis won 70 races in his first full season in Queensland in 2018-19, and he has added another 48 so far in the current term. He has established a position among the top 10 riders on Brisbane’s metropolitan premiership.

“I’m really enjoying riding in Queensland at the moment,” the 44-year-old said. “Going into winter here is certainly a whole lot easier than it is in New Zealand. The days are still beautifully warm. “I’m so happy that we’ve been able to keep racing in Queensland. I didn’t expect that we’d make it this far, but everyone’s stuck to the rules and protocols and it’s gone very well.

“I do miss my jockey mates back home in New Zealand, and obviously my family. It’s been hard not being able to come over and see my children, because of the travel restrictions at the moment. But thank goodness for technology.”

But with one of his three children – daughter Isabella – now based on the same side of the Tasman, du Plessis is happy to remain in Queensland for the foreseeable future. “I think I’ll be staying over here, at least for as long as I’m riding,” he said. “My daughter’s now living in Sydney, so she’s not far away at all once we’re able to travel a bit more freely again. And who knows where my sons will end up? “But I’m very happy riding over here, and it’s where I want to base myself at this stage of my career.”