Drops Of Jupiter shoots for the stars at Ruakaka 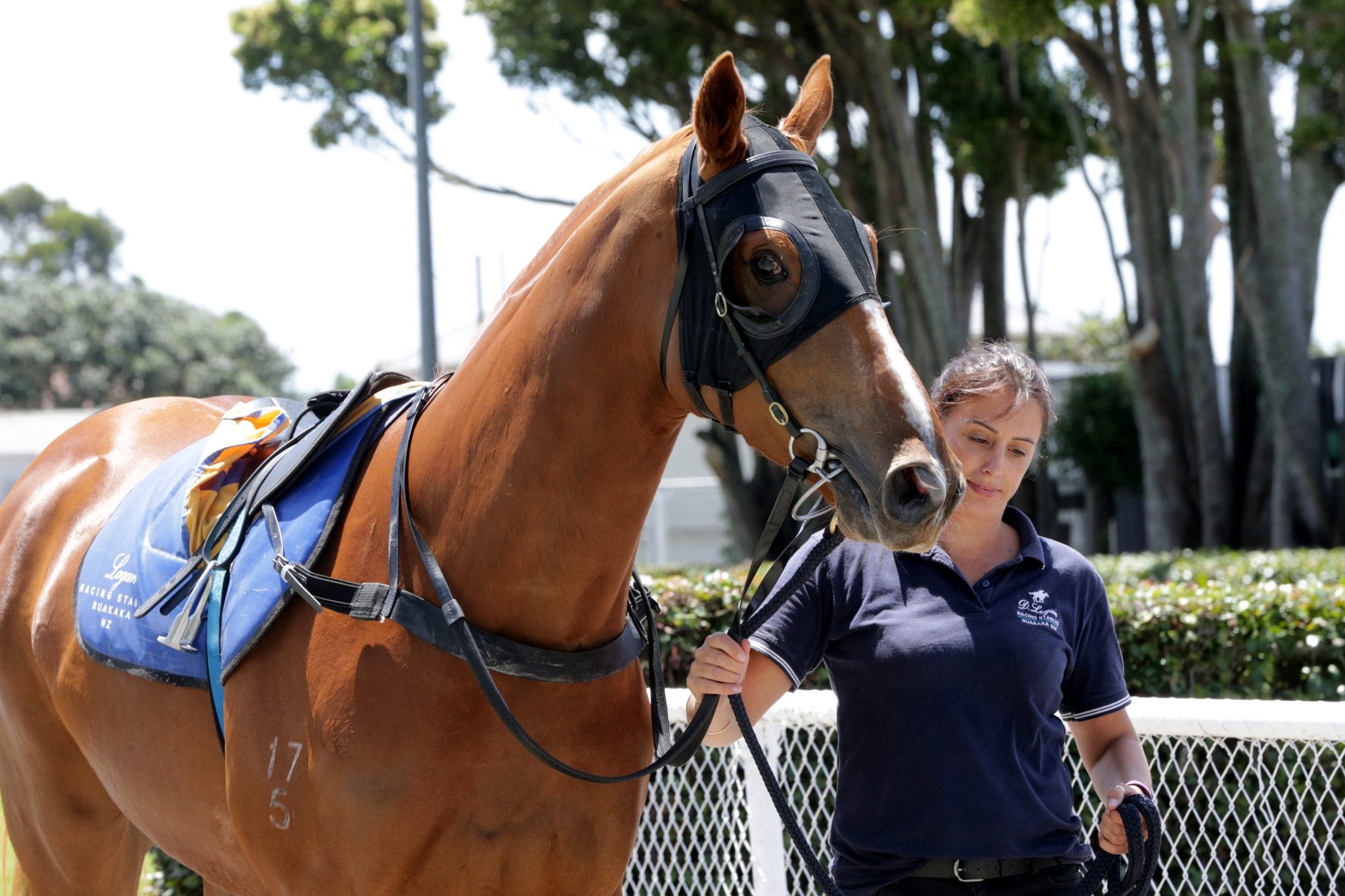 There will be an air of excitement at Ruakaka on Saturday when Drops of Jupiter makes his debut in the Racing Sunday August 11 (1600m). The three-year-old son of Echoes of Heaven is a half-brother to Kiwi-bred Hong Kong superstar Beauty Generation, who is currently the highest rated active racehorse in the world.

A winner of seven Group 1 races, including the Hong Kong International Mile (1600m) and Champions Mile (1600m) for the past two years, and on a nine-race winning streak, Beauty Generation is considered a formality to defend his crown as Hong Kong Horse of the Year next month. So Drops of Jupiter has big horseshoes to fit into. “He’s got a lot to live up to with his half-brother’s reputation but we’re not going to get carried away,” said Michelle Bradley, who co-owns the gelding and trains him in partnership with Chris Gibbs at Ruakaka. “We’d be rapt if he was finishing the race off well and running in the first five.”

Bradley has been involved with Drops Of Jupiter’s story right from the beginning. She was working for Donna Logan when the Ruakaka trainer bought Bel Esprit mare Stylish Bel for $110,000 at the Karaka yearling sales in 2007. Unplaced in her only trial and unraced, Logan’s partner Peter Woods and John Brown leased Stylish Bel for two of her first three matings, including the Road To Rock mating which produced Beauty Generation for Christchurch breeder Greg Tomlinson.

Woods later bought out Brown’s share and bred Echoes Of Heaven colt Drops Of Jupiter and a Tavistock filly before selling Stylish Bel to Rosemont Stud. Bradley weaned Drops Of Jupiter and did a lot of the early work with the now gelding and Woods rewarded her with a 10 percent share. She’s been delighted with his progress leading up to Saturday’s debut but said he was still not the finished product. “We’ve taken our time with him. We don’t need to be doing too much with him at this stage. He’s still immature and hasn’t shown us a lot at the trials,” Bradley said. “He can really gallop. We’ve seen that in his trackwork but he’s been a horse that has just needed time. Every time we put him out, he gets stronger and bigger. We still have to take our time with him and let him mature.”

With six trials under his belt, including a trial win over 1400m at Avondale last month, Drops Of Jupiter gets his chance to shine on raceday this weekend, with instructions for Jonathan Riddell to ride him positively from barrier one. “You watch Beauty Generation’s pattern of racing and he’s the same. He’s always up there but he’s going to take a bit of riding on Jonathan’s part to keep him up to his work,” Bradley said.

Bradley and Gibbs will also saddle Chapeau and Mi Sky in the same race as part of 17 runners on their home track on the day. Hello It’s Me and Rikki Tikki Tavi give the stable a strong hand in the feature Northpine Waipu Cup (1400m). “Rikki Tikki Tavi was just a bit slow away here last time so we’ve taken the visor blinkers off and she’s stepping up to 1400m so we’re excited about what she can do,” Bradley said.

“Hello It’s Me is in fantastic order. She was down in the Waikato on the water-walker at Kendayla Park for the first part of her preparation. She’s fresh-up in a strong race and 1400m might be a bit sharp for her but she looks magnificent and we couldn’t be happier with her.”