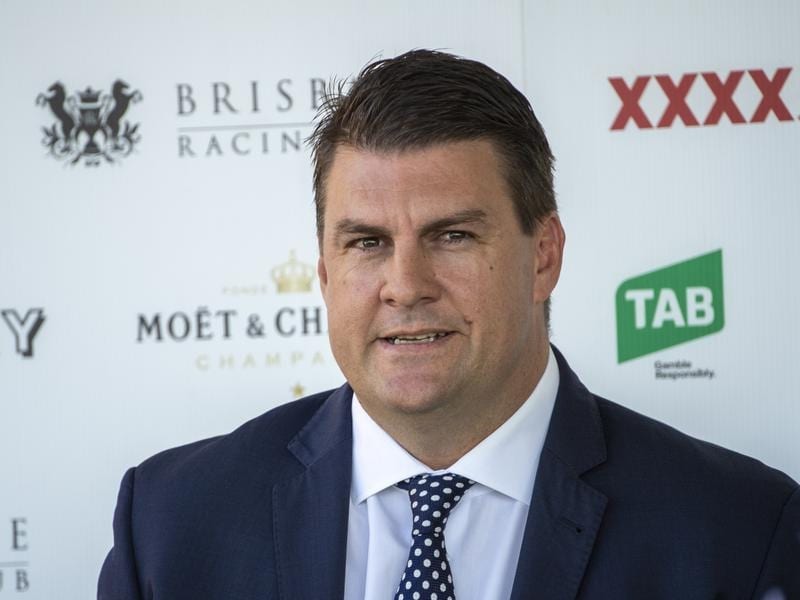 Trainer Chris Anderson thought he was the victim of a practical joke when told his filly Plutocrat had drawn the inside barrier for the Listed Tattersall’s Club Stakes at Eagle Farm.

Plutocrat has had a shocking run of drawing outside barriers in her only four starts.

Anderson said to finally draw a good gate with the filly would give her a chance to show what she could do over 1400m.

“I don’t think she has ever seen the inside rail. I hope she doesn’t take fright at it,” he said.

Anderson said the fact Plutocrat had a managed a win and a second from her four starts was testament to her ability.

“She has yet to have any luck in her races because we have had to ride her back in the field,” he said.

“This time we should be able to use the good barrier in a position where she is comfortable.

“I have always felt she would be suited getting out to 1400m to 1600m. Now we can test that theory with her having every chance.”

Plutocrat was the first winner for her sire Rich Enuff and picked up black-type when beaten a nose in the Listed Bill Carter Stakes.

“Plutocrat is raced by Glenlogan Park Stud and they are keen to get every bit of black-type they can get,” Anderson said.

Experienced jockey Michael Cahill takes over as the rider of Plutocrat for the first time.

“Michael is a very patient rider and that will suit her,” Anderson said.

Plutocrat is likely to go for a spell after Saturday before returning for the late spring or summer carnivals.