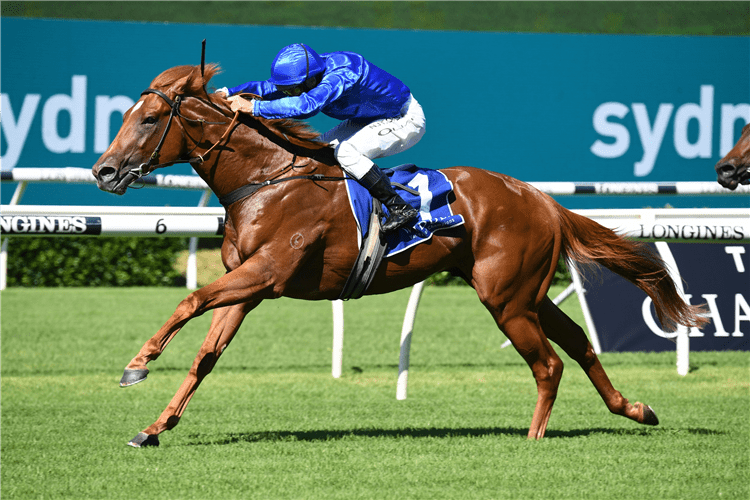 The Kindergarten Stakes has a habit of throwing up a good horse for Godolphin and Paulele is shaping as the next in line after his authoritative victory in Saturday’s Group 3 sprint.

Godolphin won the race two years ago with Bivouac, while Astern dead-heated for victory in 2016, both horses going on to success at the top level.

The pair trained on to win the Golden Rose the following spring, although Paulele could be too sharp for that race, finishing midfield at his only attempt at 1400m in the VRC Sires’ Produce Stakes before bouncing back to win over 1100m on Saturday.

Trainer James Cummings believes that excursion to Melbourne has been the making of the youngster.

“There’s no doubt he was too quick for the Sires’ in between the Silver Slipper and today, but it was worth a crack and if there had have been an 1100 metre Group Two race on the same day he would have found himself in it,” Cummings said.

“Ï think that trip down to Melbourne and back just put his preparation back on track.

“It was a dominant win of a colt that can go on as a three-year-old and be pretty good for us.”

Paulele (+500) took up a handy position and surged to the front in the straight to score by two and a half lengths over the fast-finishing Anagain (+4000) with Ashema (+600) a long head away third.