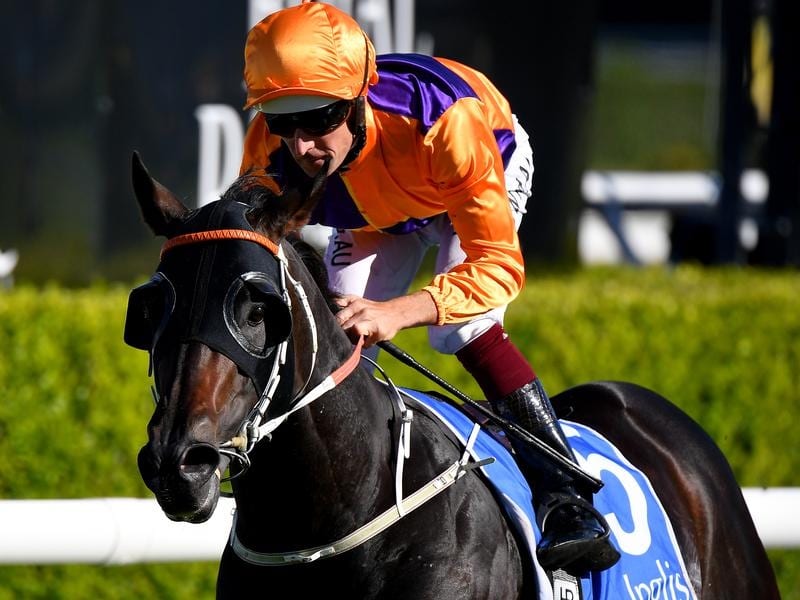 Dirty Work may have earned his way back to stakes grade sooner rather than later after backing up a recent win on the Kensington track with a dominant performance at Randwick.

In August last year, Dirty Work underlined his ability with a Group Three third behind star colt Bivouac while he was still a maiden.

He has faltered at that level since and Hawkes Racing has built his confidence in lesser grades.

His win on Saturday was his third on the inside surface at Randwick and came off the back of another 1100m-victory.

The Inglis Broodmare Sale Sprint was held up for almost 10 minutes when Intrepidacious needed farrier attention.

All attempts to give her a new shoe failed and the John O’Shea-trained filly eventually went to the gates without her front plates after getting too stirred up.

“We have tested him at better level. Bringing him back and changing states is what we do,” co-trainer Michael Hawkes said.

“He is starting to put it all together. He is gaining a lot of confidence now which is very important.

“He is a good sort of colt. He is a good doer wo we may give him another run or two or we might look towards the spring with him.”

Intrepidacious jumped well without her shoes but had worn herself out by acting up before the race and weakened to run second last.

Rachel King told stewards the bare feet did not seem to worry her.

“She felt OK but I think she probably cooked herself with all that happening behind the gates,” King said.