Diamond Thunder To Shake Up Guineas 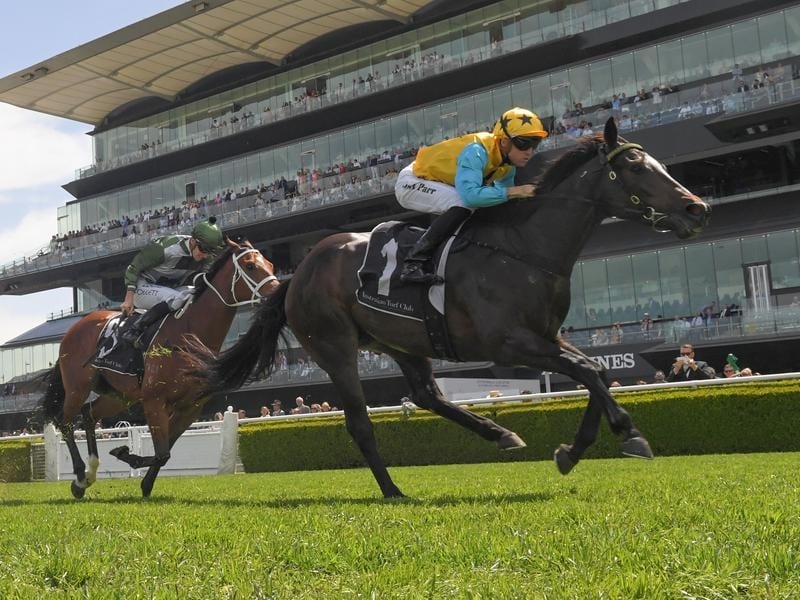 Sydney three-year-old Diamond Thunder will wear blinkers for the first time in his attempt to cause an upset over Alligator Blood at the Gold Coast.

Diamond Thunder is one of the few runners given any chance against short-priced favourite Alligator Blood in Saturday’s $2 million Magic Millions Guineas (1400m).

Trained by Mark Newnham, Diamond Thunder won the Magic Millions 3 and 4YO at Wyong on December 12 and was then fourth to Alligator Blood in the Group Three Vo Rogue Plate at Eagle Farm last Saturday week.

Diamond Thunder was never a winning chance after getting well back in a race which developed into a walk and then sprint home.

Newnham already had blinkers in his plans for the gelding and he is hoping the gear change will be enough to turn the tables on Alligator Blood.

“I have no illusions and we need to improve to beat Alligator Blood,” Newnham said.

“But Diamond Thunder needs something to encourage him to get into his races earlier.

“He got away with it at Wyong but when they walked early at Eagle Farm he was never going to get them from three back on the fence.

“Hopefully, the blinkers will solve that problem but we are going to have to work out some tactics from his wide barrier (20).”

Diamond Thunder is at $15 with Alligator Blood at $1.75 and the only Guineas runner under double figures.

Newnham also has a top chance, Every Rose, in the $2 million Magic Millions 2YO Classic (1200m).

He believes the will be even better for her last-start second in the Group Three B J McLachlan Stakes.

“She had already qualified for the Millions and that run brought her to her top,” he said.

“I imagine she will be in the first three or four on Saturday behind Farnan who will probably lead.

“It is a very open Magic Millions this year with no stand-out runner. She is ready to run a big race.”

Parr will again ride both Newnham runners on Saturday and hopes to improve on his second on in the 2YO Classic.

Newnham has had one previous Classic runner, Quackerjack, who was unplaced in 2018 but has gone on and won last month’s Group Two Villiers Stakes.