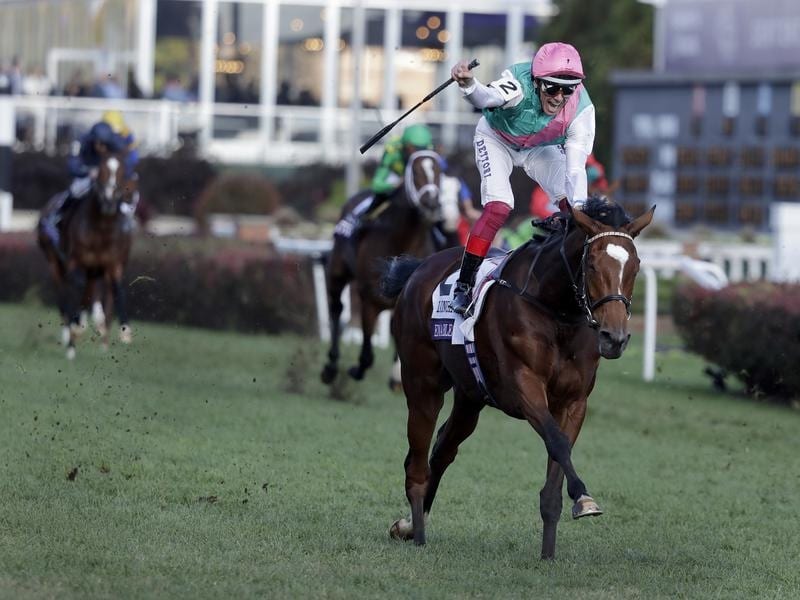 Jockey and horse will be chasing a slice of history when Frankie Dettori partners Enable in the prestigious King George VI and Queen Elizabeth Stakes at Ascot.

Enable will be bidding to become the first horse to win the Group One race three times, while Dettori can join Lester Piggot as its most successful rider with seven victories.

Dettori has combined with the John Gosden-trained Enable to win the past two editions and the mare is an odds-on favourite for Saturday’s renewal.

The King George is expected to be a tactical battle and Gosden is putting his faith in Dettori to deliver.

“I think in races of this nature with a small field it will be tactical and you go in there with a blank canvas,” Gosden told racingpost.com.

“Let’s just see how it pans out and what the Ballydoyle horses do. It will be fascinating tactically, but I’ll leave that to the jockey.”

Enable has been beaten in her two runs this campaign but Gosden says the star mare has improved since her most recent appearance in the Coral-Eclipse Stakes earlier this month.

Racegoers will be unable to attend the King George meeting at Ascot due to the coronavirus pandemic.