Dawn Patrol back to his best at Rotorua 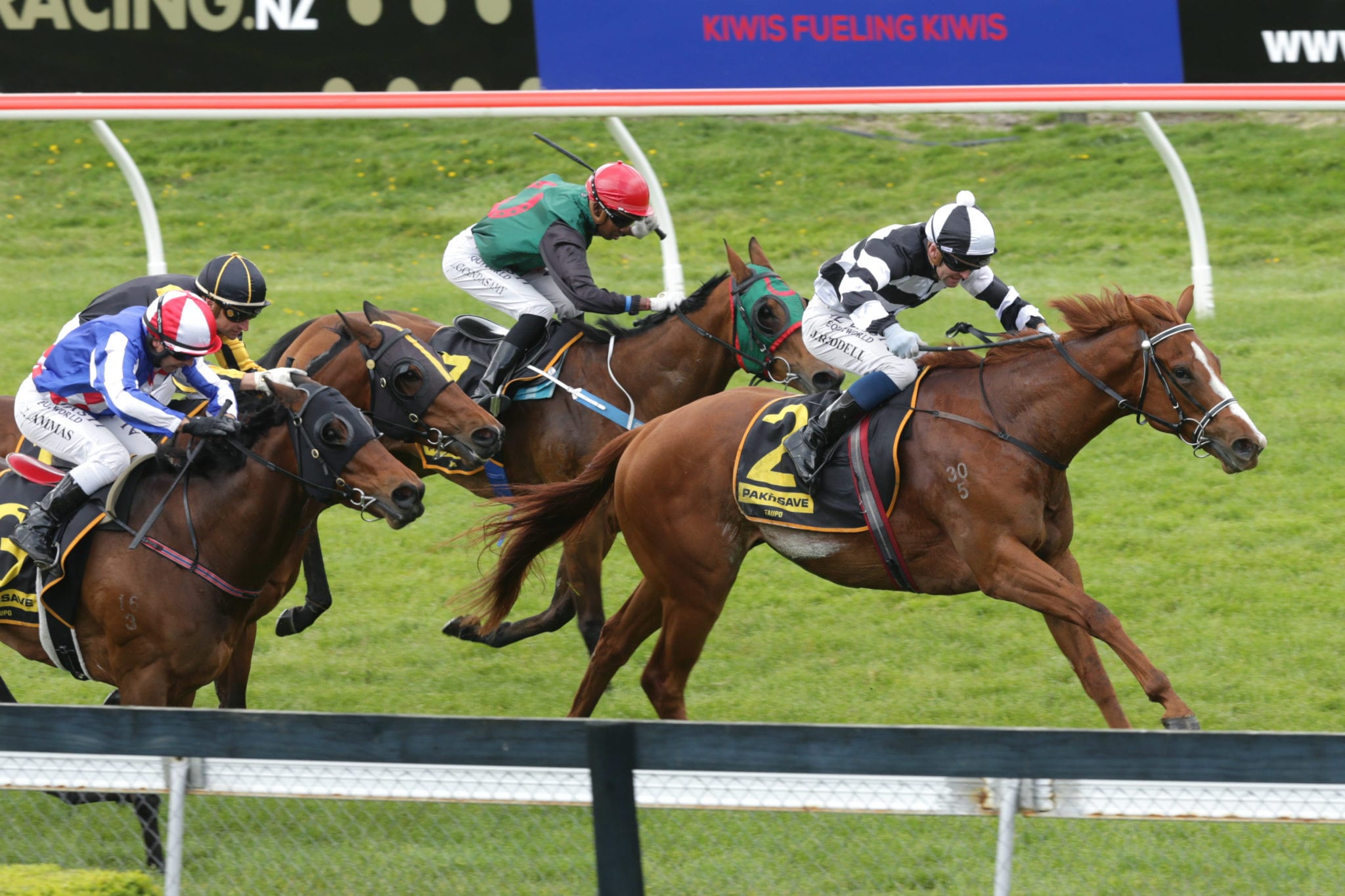 Enigmatic four-year-old Dawn Patrol made a welcome return to the winner’s enclosure when he took out the Group 3 Sweynesse Stakes (1215m) at Rotorua with a powerful finishing burst. Runner-up to Madison County in the Group 1 New Zealand 2000 Guineas (1600m) last season, the Dawn Approach gelding had finished a disappointing seventh at Group 3 level over 1400m at Hastings at his previous start.

Trainer Frank Ritchie gave him a few days off before targeting Saturday’s Rotorua contest where there looked to be a heap of speed in the race, a scenario he knew would suit his charge who tends to over-race in a slowly run contest.

Last start winner Pop Star Princess set up a solid speed in front with rider Jonathan Riddell content to position Dawn Patrol behind the speed where he received a cosy trip in transit. Angled to the middle of the track by Riddell, Dawn Patrol burst between runners at the 200m to seize control of the contest as he held out the fast finishing pair of Princess Kereru and Midnight Runner to score a comfortable half-length victory.

“He over-raced at Hastings last time and I think the thing with him is that when he jumps good, he sees fresh air and he just goes,” Ritchie said. “The reason we wanted to come to this race was that it looked like there would be high pace and when that happens, he can get onto the back of something and relax. “That’s when he will kick and it that’s how it worked out today.”

Ritchie is keen to see his charge stick to the sprinting distances as he eyes up some plum prizes later on in the summer. “Another reason I ran him today was with the nominations coming up for the big races over Christmas, the Railway (Group 1, 1200m) and Telegraph (Group 1, 1200m), to see if 1200m is his best chance. “I think he can go 1400m again if he gets pace on in front, but we will see.”

Riddell was complimentary of Dawn Patrol’s performance after his disappointing Hastings effort. “His last run, he probably raced it upside down and did a bit much early,” he said. “He’s in good form and that was a nice race to win today. “I thought they might have gone a bit harder but he relaxed nicely in behind and that was the key to getting him to switch off. “He likes a bit of cut in the ground as well.”

Raced by former Auckland Racing Club board member Rex Jensen, Dawn Approach has now won four of his 10 career starts and a little over $205,000