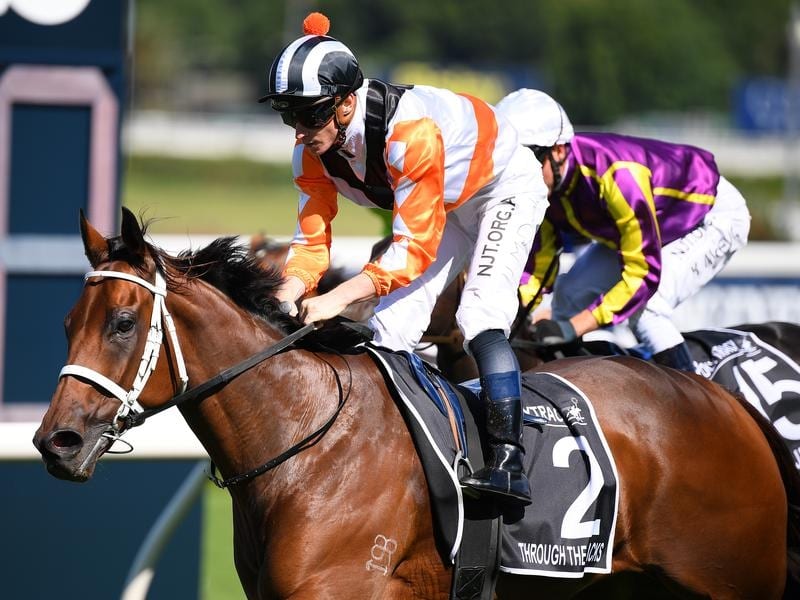 That was where it all started for Angela Davies when she took out her trainers’ licence almost 30 years ago.

Fast forward to Saturday and Davies will saddle up Villiers Stakes equal favourite Through The Cracks, who goes up against the might of three Godolphin rivals and another trio from the yard of premier trainer Chris Waller.

Davies grew up opposite Gosford racecourse so horses have always been a presence in her life.

Her father was a bookmaker and she initially had designs on a riding career.

“I wanted to be a jockey early but there were no women jockeys back then,” Davies said.

Female trainers were also thin on the ground and when Davies started out, she worked two other jobs to fund her passion while also single-handedly raising a family.

She worked horses in the mornings, sold shoes by day and manned a service station at night.

“I was a single mum working nights and trying to get a couple of horses, always wanting to be professional and bigger and wanting to succeed and make a living out of it,” Davies said.

“It was crazy times. Thank God I had a lot of help. I got babysitters and pensioners to come over and help me while I was at the track. I was run off my feet for a lot of years.”

Davies’ alarm goes at 4.30am and along with being the stable’s figurehead, she pitches in with the day-to-day jobs.

“There’s no breakfast and watching tv, we have a coffee and go,” Davies said.

“I do all the hands-on stuff side by side with the other girls. I do hays and boxes, everything from top to tail.”

The early starts have been made easier thanks to Through The Cracks, the Provincial Championship winner in the autumn who continues to rise through the ranks.

A first-up success at Newcastle was followed by an eye-catching performance in the Festival Stakes when he finished unplaced but ran slick sectionals.

“It was never going to work out for him that day once he drew barrier 14 and Rosehill was never his track,” Davies said.

“But we had no other lead up race so we went in there hoping he’d race well, which he did, so I thought he deserved a tilt at the Villiers off that run.”

Through The Cracks is untested at a mile but Davies is confident he will see it out, provided he is allowed to switch off early.

The trainer admits she will be feeling the nerves come race morning but once the gates open, it will be up to the horse and jockey Brenton Avdulla.

“I’d be lying if I said I wasn’t nervous,” Davies said.

“Hopefully he turns up in the right order and the right frame of mind.”