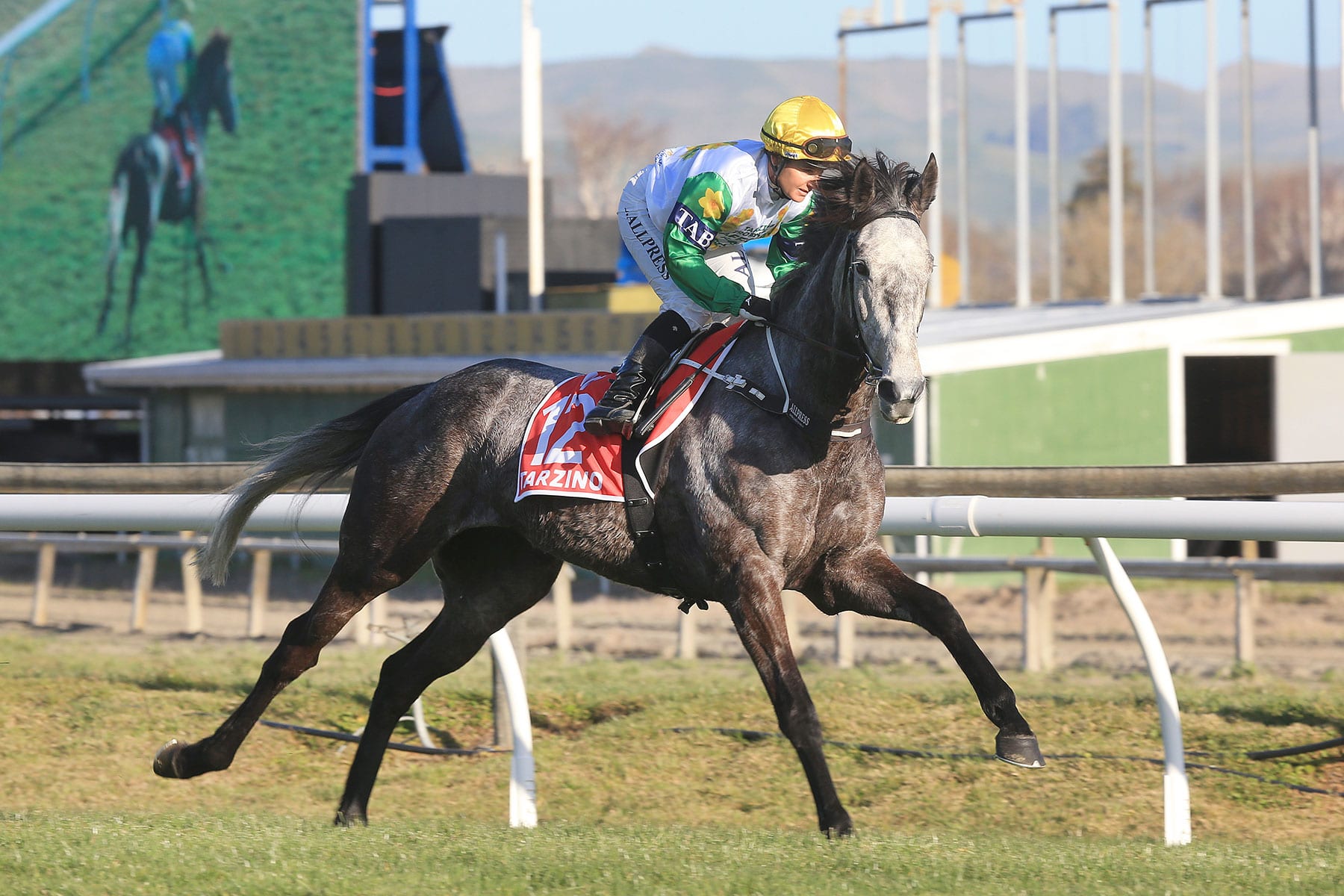 Danzdanzdance will begin another raid on Sydney on Saturday when she lines-up in the Group 1 Colgate Optic White Stakes (1600m) at Randwick.

It will be the third trip to Sydney for the Chris Gibbs and Michelle Bradley-trained mare, with her best result being a third placing behind Avilius in the Group 1 Ranvet Stakes (2000m) at Rosehill in March, and she is set to meet the gelding once again this weekend. “I thought Avilius’ first-up run (finishing runner-up in the Group 2 Chemsford Stakes, 1600m) was super and he will cop the wet tracks, so you can see why he is one of the favourites,” Gibbs said. “It’s a good field, it has got the old warhorse Happy Clapper in there, he won a trial the other day. You have got to respect him a lot as well.”

While Gibbs has a lot of respect for Saturday’s competition, he is focused on his mare and said she travelled over well earlier this week. “Our foreman, Glen Perry, is over there with her and he has sent back good reports on how she has settled in and how she has worked. “He said she is hitting out lovely. They always take a few days to get into their feed, but she is doing well.”

Danzdanzdance finished fifth to Melody Belle in the Group 1 Tarzino Trophy (1400m) at Hastings in her first hit-out of the season and Gibbs was happy enough with her performance given her normal running pattern. “It was a good first up run, that is all we wanted,” he said. “She never really liked it being inside in amongst all the horses, she is happier with a bit of room.”

The Randwick track was rated a Heavy9 on Wednesday and Gibbs is hoping it will improve slightly ahead of Saturday. “They only need a couple of days and then it will come back probably to the better part of slow, that’s how quickly they can turn over there, which is great,” he said. “I would prefer that sort of track to be honest, for a second up run, but I am certainly not complaining about the rain.”

Danzdanzdance could have a big spring instore if she shows enough form early on, with Melbourne remaining on the radar. “I would be happy if she can run in the top three, more to give us confidence to push onto the other races that we were looking at,” Gibbs said. “There’s a nice race in two weeks time, the Hills Stakes (Group 2, 2000m), and then two weeks after that is the Craven Plate (Group 3, 2000m). They are all worth A$500,000, so it’s huge prize money. “If she came up brilliantly and was flying we would consider Melbourne. She does hold a nomination for the Cox Plate (Group 1, 2040m), but that is another step-up again. It is something we will assess as we go.”

Danzdanzdance had issues with settling in her races but Gibbs believes the recent addition of a tongue-tie has been instrumental in countering that issue. “Glen (Perry) rides her in just about all of her work and he said she has become so laid back with the tongue tie on,” he said. “We just had that issue with her over racing and it’s just something you can’t do over there, if you over race you might as well not even bother.”

While Gibbs will be in Sydney on Saturday cheering home Danzdanzdance, he will be keeping close tabs on Hastings where another five-year-old mare in his care will tackle Group 1 opposition. Hello It’s Me will line-up in the Group 1 Windsor Park Plate (1600m) and heads into the race in great form, winning both of her races this preparation, including a three-quarter length win against Group 1 winner Avantage at Ruakaka last start. “You couldn’t be going into it in better form,” Gibbs said. “It was nice to have that very good mare who has performed over the ditch (Avantage) in it, so we could get a bit of a line on her. “She probably didn’t get the best of runs, but I thought 1200m is not really our go either.”

Gibbs is looking forward to testing the daughter of Darci Brahma at elite level for the second time and believes she will put in a good showing. “It’s a big step up, but she deserves her chance,” he said. “If you go back to her only run at Group 1 level, in the Livamol (2040m), she was about 4- 1/2 lengths to the winner and I really don’t think we had her right. “She has always had niggly little issues and touch wood she is in the best condition and best order we have had her.”

Gibbs will have two Group 1 chances on Saturday, but he is also looking forward to watching a horse he part-owns attempt to qualify for next month’s Group 1 Caulfield Cup (2400m). Multiple Group 1 winner Volkstok’n’barrell will compete in the Group 3 Foundation Cup (2000m) at Caulfield and Gibbs is hopeful of a strong run. “Hopefully he goes well too, he is quite well placed,” he said.

“He is over with Danny O’Brien and he has had a couple of runs to get him going, carrying 61.5kg. “He is going well and drops to 56.5kg over 2000m on Saturday. “The feedback from Danny has been really good. He said he is cherry ripe and Brett Prebble galloped him on Tuesday and said he galloped magnificently. “He is getting on a bit, but he is very lightly raced. If he ran top three I would be ecstatic and if he wins he qualifies for the Caulfield Cup.”