Daniel Moor claims his third Group One victory onboard Jonker 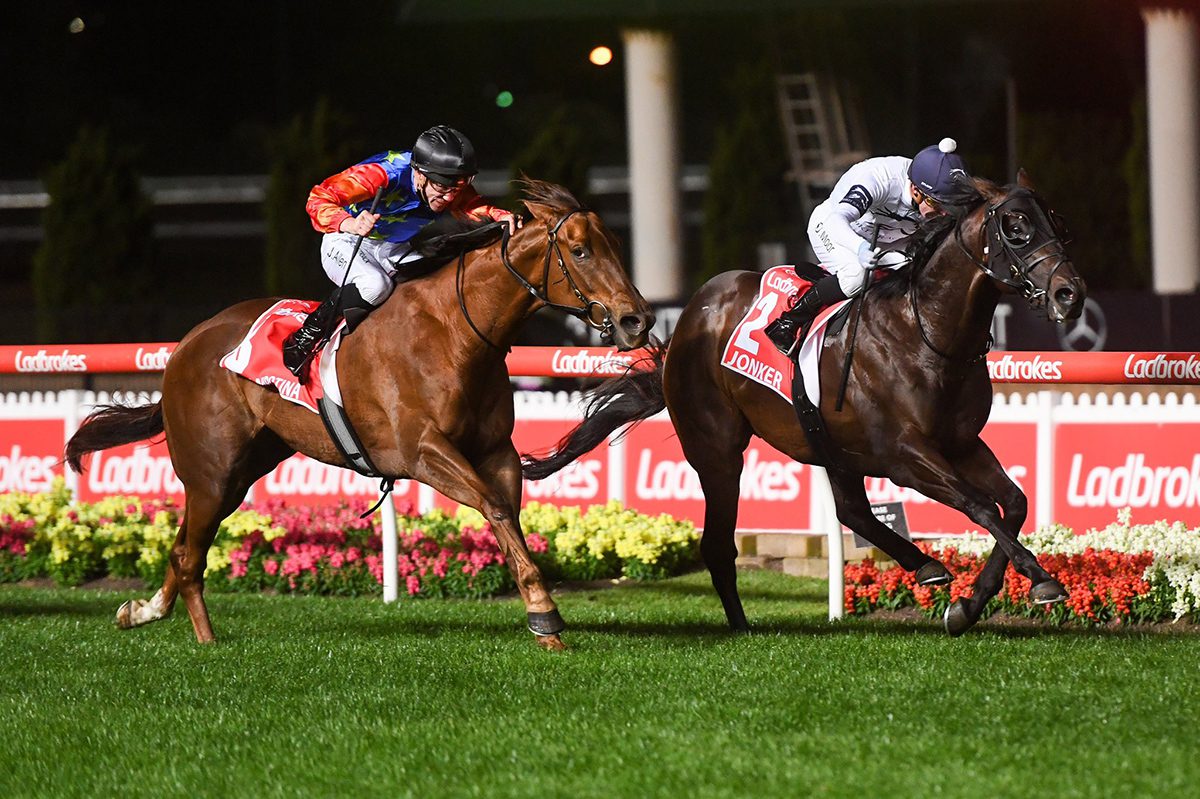 Having not won a Group 1 in Australia four weeks ago, jockey Daniel Moor now has three to his name, after winning the Manikato Stakes aboard Jonker on Friday night at The Valley.

Trained by Queensland trainer Tony Gollan, Jonker was on a spring mission in the southern states, which was pulled off with a win at the highest level.

Jonker, a six-year-old entire by Spirit Of Boom, notched up his maiden Group 1 victory after being placed in two earlier in the year.

Gollan also trained the entire’s sire, which was also the first Group 1 win Spirit Of Boom recorded as a stallion, adding plenty of value to the pedigree sheet.

Jonker jumped cleanly from barrier four under Moor and found the front easily, leading all of the way in the 1200m event.

“I said to Peter (Snowden) and Tony Gollan this morning that, drawing parallels, but this horse gave me a very similar feel to Wild Ruler and his track work here alone last week,” Moor told Racing.com.

“He’s just a lovely gentleman of a horse, he’s had no luck all prep and I’m just really pleased to get the job done again.

“He’s an older horse that sort of likes a challenge.

“There was speed about – Jye (McNeil) on my inside was kicking up on Lombardo and I knew it was going to be there, but I also knew I had the horse to absorb that sort of pressure early.

“Down the side we backed it off nice enough, just where he came back underneath me and had enough kick in the locker.”

Jonker was able to fend off the challenge of Ciaron Maher and David Eustace’s Bella Nipotina, while three-year-old colt Ingratiating finished off well into third.

No further plans are in place for Jonker just yet, however RadioTAB’s Steve Hewlett reported that the Magic Millions Day Sprint in January is likely to be his main target, as he looks to go back-to-back in the race in 2022.

Daniel Moor won the Moir Stakes three weeks ago at Moonee Valley aboard Wild Ruler, and sealed up the Moir-Manikato double.

The last time a jockey completed a double in these two races was 1982, when Gary Willetts partnered Manikato to win the Moir Stakes and the Freeway Stakes (now Manikato Stakes).