Dandino Out Of The Melbourne Cup 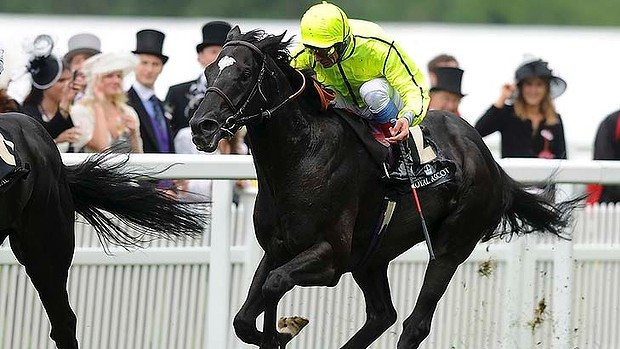 After missing last Saturday’s Caulfield Cup due to injury, English stayer Dandino has also been withdrawn from the 2014 Melbourne Cup on the first Tuesday in November.

The stayer, owned by Australian Thoroughbred Bloodstock, was forced out of the Caulfield Cup when he pulled up lame in his off-foreleg and connections will now have to decide whether to continue racing him or retire him to stud, a decision which is expected to be made in the next week.

Dandino had been rated a $13 chance with Sportingbet to take out the Melbourne Cup. The clear favourite for the race that stops the nation remains Japanese contender Admire Rakti, which stormed home to claim The Caulfield Cup over the weekend.

Admire Rakti, which has firmed into $4.80 with Sportingbet to win the two mile Flemington feature, will be aiming to become the first horse to win the Melbourne Cup after competing in the Caulfield Cup since Viewed won in 2008.

Incidentally, the last horse to have come directly from the Caulfield Cup and claim the Melbourne Cup was another Japanese horse in Delta Blues, which took out Australian Racing’s most coveted trophy in 2006 after running third in that year’s Caulfield Cup.

It will be a tough task for Admire Rakti which will have to carry 58.5 kilograms in his attempt to seize the Cup, the last horse to carry more than 58 kilograms to victory was Think Big back in 1975.

Protectionist remains at the $5.50 quote with Sportingbet to take out the Cup, making him second favourite behind Admire Rakti. The German galloper was the favourite last week after a strong run in the Group Two Herbert Power Handicap, running fourth behind Big Memory (currently at $28 with Sportingbet) at his Australian debut.

Lucia Valentina, which ran third in the Caulfield Cup, has shortened into $6.50 with Sportingbet after a fantastic run over the weekend. The Kris Lees-trained mare got a bit further back than expected on Saturday but ran home brilliantly to fill the trifecta.

Fawkner is the next best, currently showing odds of $13 with Sportingbet. A last start winner of the Group One Caulfield Stakes, Fawkner is also the $4.20 favourite with Sportingbet to take out the Cox Plate at Moonee Valley this Saturday. Punters can expect his odds to change after the weight for age championship and, if he runs as well as expected, those odds might prove to be juicy.

Mutual Regard, The Offer, Who Shot Thebarman and Willing Foe are all sitting on $17 with Sportingbet to win the Melbourne Cup, while the market then drifts out to Junoob and Brambles, which ran fourth in the Caulfield Cup, which are both currently showing odds of $19.