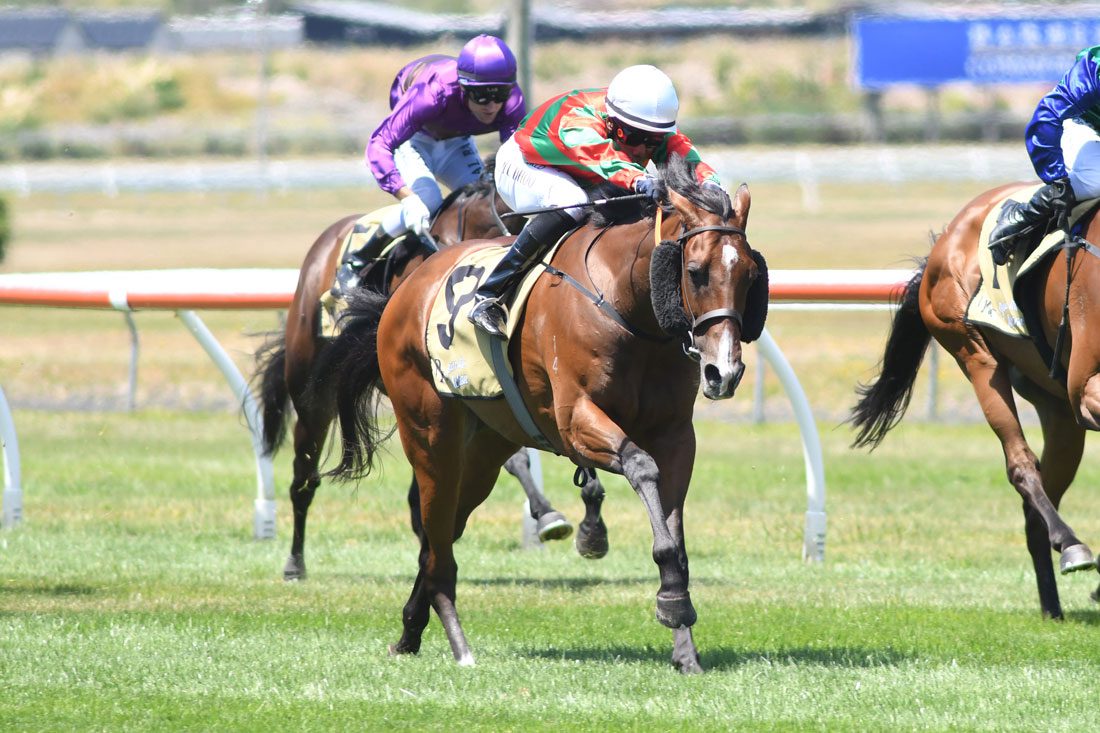 The late-maturing seven-year-old was a tidy winner on Saturday in Rating 74 company over 2200m at Trentham and she will return there at the end of the month for a similar event.

Shaw will then follow through with a long-term plan to test Hinepara against the open class stayers in a pair of northern features.

“We took her up there last year to give her a look around Ellerslie. I think with no weight in the Avondale Cup (Group 2, 2400m) or the Auckland Cup (Group 2, 3200m) she might be thereabouts,” he said.

“It’s a pretty tough test and Waisake won it last year and he’s been raced pretty sparingly since and looks like he’ll come out and do it again,” he said.

“I don’t think that’s a race in her make-up and they don’t have to be an out and out two-miler to win the Auckland Cup and I don’t think she is.

“It’s not usually a truly run race and it’s been 12 months in planning and with maturity and where she’s at in her preparation, it might be a good throw at the stumps.”

Hinepara had signalled a return to her best form when a late closing sixth at Awapuni earlier this month and she delivered in style on Saturday under rider Ashvin Mudhoo.

“She was spot on and aided by a gun ride on Saturday. Her sectionals at Awapuni had been very good and her last furlong was the quickest of the race so we were pretty confident,” Shaw said.

“Before the race I was thinking the Dunedin Gold Cup (Listed, 2400m) would be a nice race for her to get a bit of black type, but then there’s the cost of the travel so we’ll keep her in her own grade for now and go back to Wellington for the last day.”

Hinepara has won five of her 40 starts and Shaw said she had needed patient handling to allow the daughter of Darci Brahma to develop.

“Through lockdown she missed eight months, but I was quite happy she did in the end because she really furnished during that time. She has taken a lot of time to mature and she’s there now.”

Shaw is in his fifth season as a trainer since returning to the Central Districts.

“Prior to coming back to Levin, I was in Cambridge for nine or 10 years and worked for Chris Wood and on the starting gates,” he said.

“I came back here and worked for Paul Shailer for a while when he was doing Dave Monnery’s horses and when Paul left I stepped in.”

Shaw enjoyed immediate success with his first runner when Rayas, who had finished runner-up in the previous season’s Group 3 Wellington Stakes (1600m) under Shailer’s care, won at Awapuni in 2017. She was part-owned by Monnery and former All Black Christian Cullen.

“I’ve got 12 horses now and eight in full work with six of those in racing trim and I’ve got some nice three-year-olds coming through,” he said.