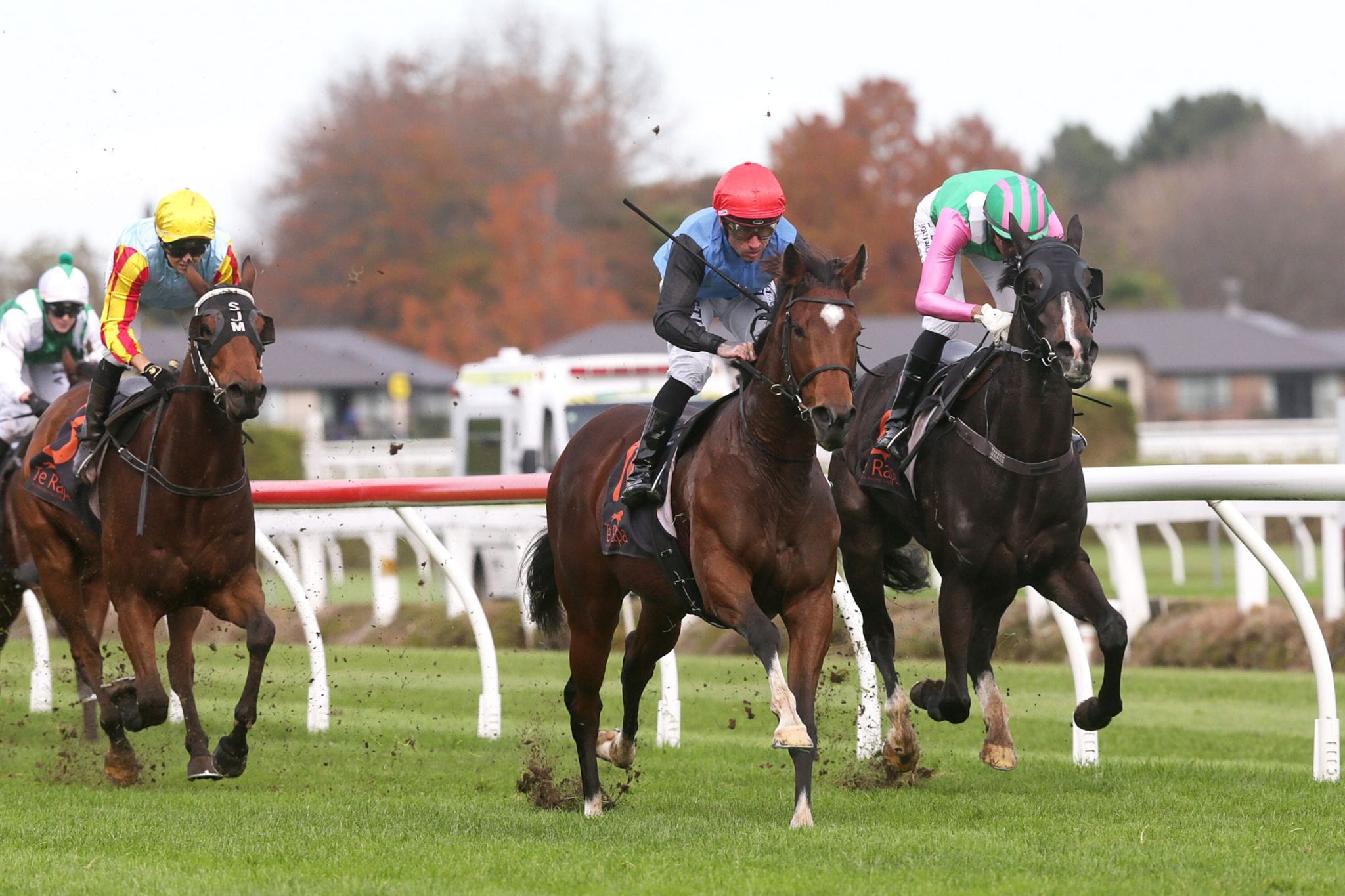 “Tevere is the third horse I’ve had in training with Ballymore,” Cunningham said.

“The second was Tofane, who we sold after she trialled and last year she won the All Aged Stakes (Group 1, 1400m).”

Tevere, who had featured prominently at four trial outings before finishing a solid fourth on debut at Avondale last month, put that raceday experience to good use on Saturday, as she overcame a wide draw to score handsomely in the hands of Michael McNab.

Settling third last in a strung-out field, Tevere stood the leader 12 lengths passing the 600m, but quickly improved her position as McNab set her alight approaching the home straight. Tevere stormed down centre track to win easing up by one and three-quarter lengths from pacemaker Corretto.

“They were going quickly and she showed a sharp turn-of-foot to win easily,” McNab said.

Cunningham, who retained the filly after withdrawing her from the 2019 New Zealand Bloodstock Ready to Run Sale, was fulsome in his praise for the work done by co-trainer Pam Gerard with the daughter of Contributer.

“She’s been very patient and she was impressive on Saturday and looks exciting.”

Gerard had been happy with Tevere since her debut effort and felt she was ready for a winning turn.

“She’d worked well through the week and had a senior rider aboard,” she said.

“She was jumping around and certainly ready to do something.

“She’d eaten well and looked good, although starting to get a bit longer in the coat coming into winter.

“I felt she may not mind the slow track, but Michael said while handling it she would probably appreciate it better.

“I thought she may have been good enough to overcome the barrier and was pleased to see her race and win so well.

“I’m thrilled for Gordon and his staff at Curraghmore. They all put so much into it and we’re just glad to get these fillies going and be a part of their success.”

Italian Princess is a half-sister to dual stakes winner Defibrillate, who now races out of the Patrick Payne stable in Melbourne after being prepared for his early racing in New Zealand by Matamata trainer Graham Richardson, who retains a share in the six-year-old son of Shocking and also prepared Italian Princess throughout her racing career.