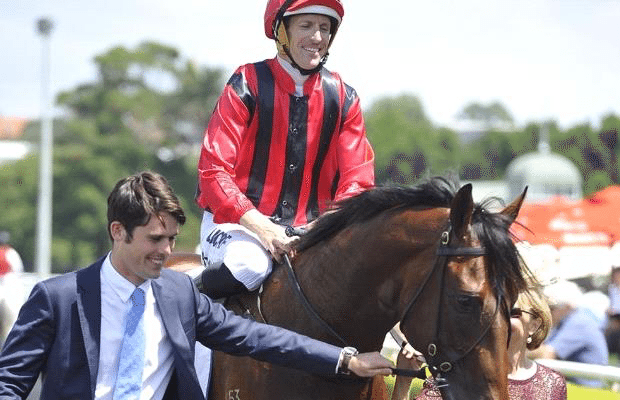 THE Group 2 Run To The Rose has all the makings of a group one race and trainer James Cummings knows his entrant Good Standing won’t have it easy.

Good Standing is a quality three-year-old, but it will have to take on the likes of El Divino and Star Turn, which are well-favoured to win the Group 1 Golden Rose next month.

“It’s a hot field. This is a group one in disguise,” Cummings said.

Good Standing has had two barrier trials for two placings this preparation and Cummings is happy with how it has strengthened since its two-year-old campaign.

“He’s stronger but he’s also much more mature so I’d like to think that will transpire into his racing,” Cummings said.

“He’s come back well and he’s trialled up strongly for the race. The horse is in very good shape.

“On Saturday you’re going to get your best guide on him once he gets put under pressure.”

Barrier 10 will be a positive barrier for Good Standing as the Rosehill track is expected to be wet.

“I think he’ll be quite OK. He’s won a barrier trial on a heavy track before his debut so I wouldn’t be too worried about that,” he said.

“There are plenty of talented horses that have natural speed in this race, so we’ll have time to think about how we’ll ride him but this horse is so versatile.”

Another horse Good Standing will have to contend with is Impending which has been confidently backed into second favouritism at $4.40 with Sportsbet.

Impending resumes after running third in the Ken Russell Classic at the Gold Coast in May and Sportsbet’s Christian Jantzen believes it will be tough to beat.

“Impending has had two starts for a win and a third and there are big wraps on the Lonhro colt. He’s had a couple of barrier trials and beat older horses in a Warwick Farm trial win, so he looks set to run a big race,” Jantzen said.

Updated Run To The Rose market: