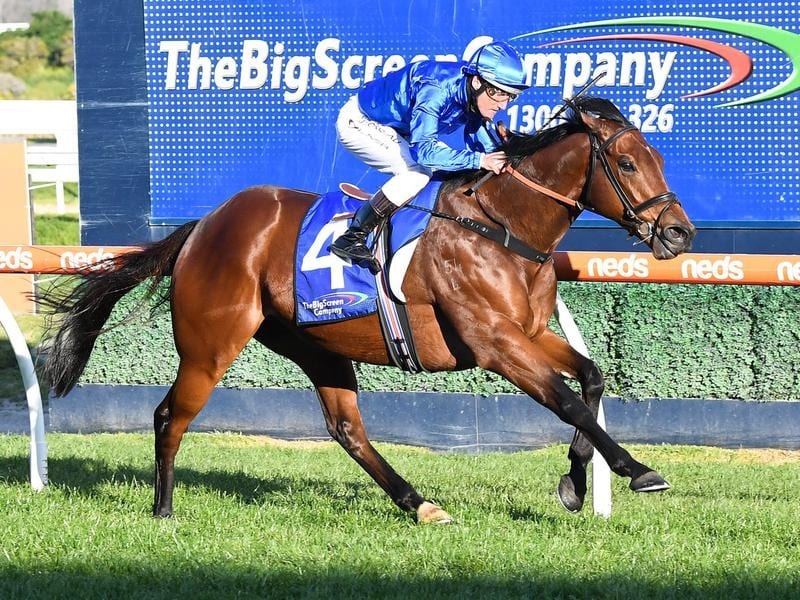 James Cummings was more than happy to change his plans for sprinter Viridine when he saw the strength of the Australia Stakes field.

Initially, the Godolphin trainer had entered only Isaurian and opted not to put Viridine in Friday night’s event.

But when the Moonee Valley Racing Club only received five entries for the feature and extended their nomination deadline on Monday, Godolphin did an about-face, adding Viridine to the mix.

Cummings said they decided not to accept with Isaurian when he didn’t scope well earlier in the week and they would save him for the Rubiton Stakes at Caulfield on February 6.

The Group Two Australia Stakes (1200m) has attracted a final field of six with Viridine a short-priced favourite with TAB fixed odds at $1.85.

Cummings explained he was aware there wasn’t going to be huge nominations and knew there was still a chance Viridine could run in the race as a late entry.

The stable tried to win the Magic Millions exemption race at the Gold Coast on January 9 with both Isaurian and Viridine, the pair running third and fourth respectively.

Godolphin then made plans to run Isaurian in the Australia Stakes and Viridine in the Expressway Stakes the following Saturday at Rosehill before the landscape changed.

“He’s well suited in these weight-for-age races and he looks like getting a nice run in transit,” Cummings said on Melbourne radio station RSN on Thursday.

“He will bring residual fitness to this race. He’s well suited and he’s an extremely competent sprinter.”

Cummings also said that Bivouac was on track for his return in the Black Caviar Lightning at Flemington on February 13.