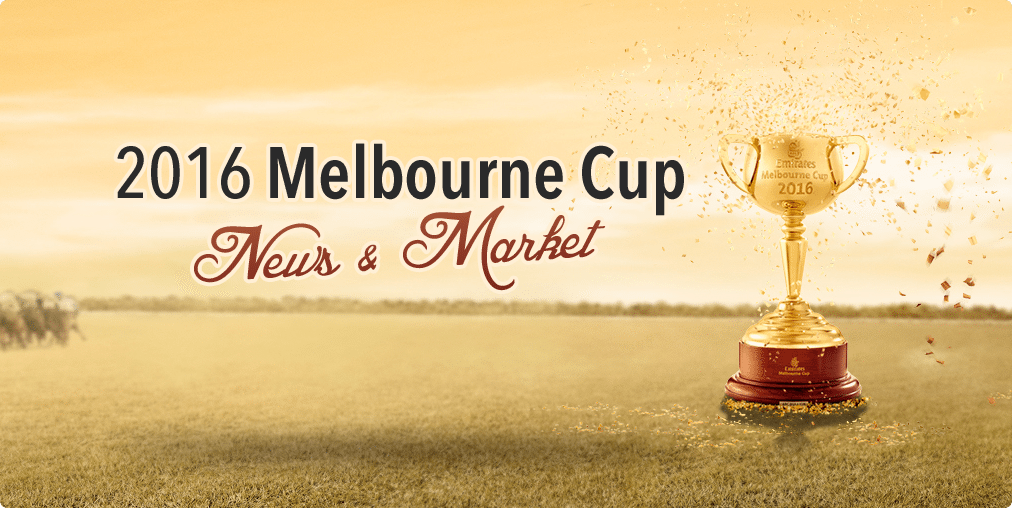 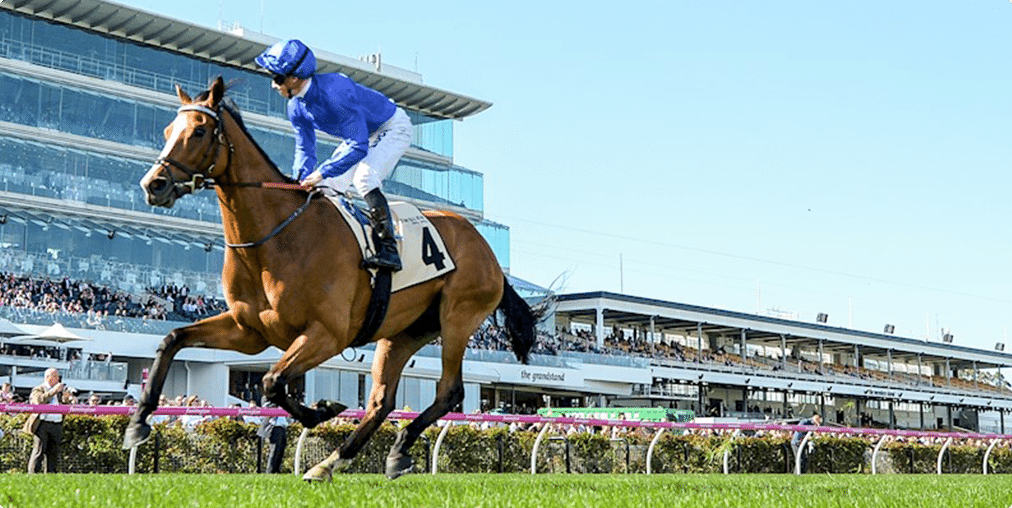 HARTNELL may have finished eight lengths behind Winx in last Saturday’s Cox Plate, but the run was a good guide to its ultimate goal – the 2016 Melbourne Cup.

Trainer John O’Shea had every right to be disappointed with its effort at Moonee Valley, but it still managed to finish second and battled on stoutly over the final 200m when Vadamos and Yankee Rose applied pressure.

O’Shea said he was looking forward to running Hartnell at Flemington – a track that suits the Godolphin horse perfectly.

“I thought he was good as it’s going to be a very high-rated Cox Plate and the best part of his race was in the last 100 metres,” O’Shea said.

“James (McDonald) said after the race that while he was trying to balance our horse around the bend, Hughie (Bowman) on Winx was quickening and that’s where she really had us.

“But I said earlier this spring that I think our best chance to win a major this spring will come in the Melbourne Cup and I didn’t see anything there yesterday for me to change my mind.

“Historically, that run matches up with performances like Fiorente and a lot of Melbourne Cup horses have run significantly worse than him but still been very competitive at Flemington.”

Hartnell is currently on the first line of CrownBet’s 2016 Melbourne Cup betting at $5, with Caulfield Cup winner Jameka on the second line at $5.50.

O’Shea stated he would continue to monitor Hartnell throughout the week and wouldn’t start the gelding unless it was fully ready to go.

“I swam him myself this morning and he towed me around the pool,” he said.

“He’s feeling really well and has come through the run better than I expected.

“We’ll monitor him in the next couple of days and I wouldn’t run him in a Melbourne Cup unless I was completely happy with him.”

Hartnell’s fellow Godolphin runner and international hope, Scottish, is a $9 chance following its second placing in the Caulfield Cup.

Despite the connections not originally wanting the eight-year-old filly to run in the Cup, the lack of numbers for the $6 million race could play in their favour.

Year after year the Japanese runners come over to Australia and perform highly, but this year’s Japanese entrant, Curren Mirotic, has seemingly flown under the radar.

The $17 chance with Sportsbet.com.au will have a gallop at Werribee on Monday to give punters a chance to see just what it can do on the race track.

Considering the past efforts in Australia by Fame Game, Pop Rock, Delta Blues and Admire Ratki, we expected punters to follow through by backing the Japanese stayer.

“He’s a tough, strong stayer who races up near the lead and he’s acclimatised so well in Australia that everything is very much on target,” Kawakami said.

Kawakami has ridden as a jumps jockey in Melbourne for the past 10 years and he believes the Melbourne Cup is a priority given the lack of staying races for the older horses in Japan.

“The Cup is ideally placed on the world calendar because there aren’t 3200m races on at home,” he said.

Curren Mirotic will complete its last bit of track work on Friday when Tommy Berry comes over from Sydney to partner the stayer.

Although there are still doubts as to whether European import Exospheric will run in the 2016 Melbourne Cup, the Freedman stables could have a dual threat with Our Ivanhowe also in the mix.

Exospheric flashed home for third in the Caulfield Cup behind Jameka, but co-trainer Lee Freedman still has concerns about it running the distance.

“He’s been at Pinecliff since the Caulfield Cup and is really well,” Freedman said.

“He’s not a horse that needs to do a lot of work. We’re just keeping him happy and seeing how he is.

“We’ll pay up, but we have to weigh up a couple of different things with him in that he hasn’t been two miles before and what we’d like to do with him in the future, particularly in the autumn.

“There are plenty of races there for him then as well.”

Our Ivanhowe is paying $26 at CrownBet, but Freedman is hoping the rain will stick around for the six-year-old.

“His run in the Caulfield Cup was a lot better than it looks on paper and he’s ticking over well towards the Melbourne Cup and Flemington. We would love the rain to stay around.”

Almoonqith was last seen rattling home for fourth in the Caulfield Cup and co-trainer David Hayes is confident his runner is in peak condition for the Melbourne Cup.

“I’m really happy with him and his run in the Caulfield Cup was just what I wanted to see.”

Almoonqith firmed into $21 at William Hill following its Caulfield Cup run and, although it managed only 18th in the 2015 Melbourne Cup, it was one of several horses given no chance in the straight.

“He then came out and won the Sandown Classic which showed how well he was going,” Hayes said.

“Last year we had to get him fit enough to qualify, which he did by winning the Geelong Cup. This preparation I’ve been able to time it so he peaks in the Melbourne Cup.

“I thought his Bart Cummings run was sound and that topped him off nicely for the Caulfield Cup and he’ll peak in the Melbourne Cup.

“I have a lot of respect for Jameka and Hartnell and I can’t get my head around the internationals, but I think he’s up to this.”