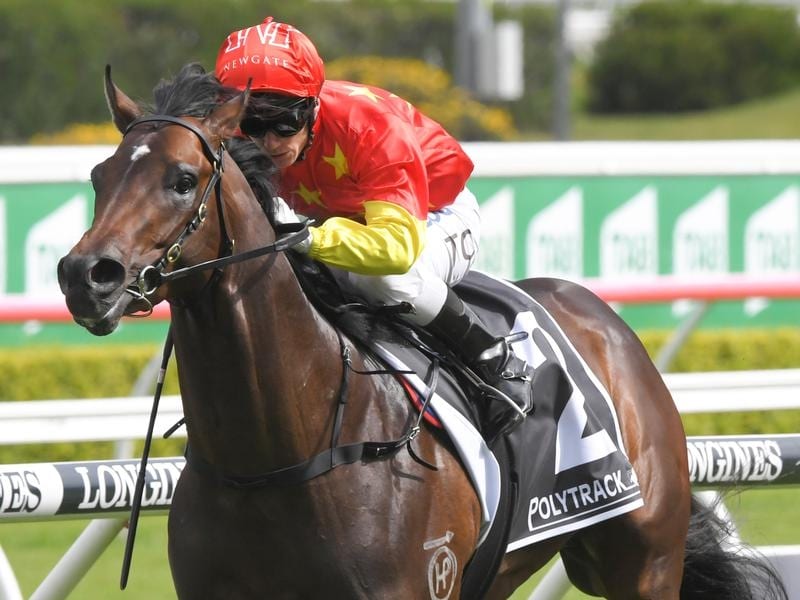 Trainer Peter Snowden is banking on a proven path to Coolmore Stud Stakes success when he starts quality colt Cosmic Force in the Group One sprint at Flemington.

Snowden, who trains in partnership with his son Paul, has decided to save impressive last-start winner California Zimbol for a stakes race for fillies next week but the stable has Cosmic Force set for Saturday’s $1.5 million Coolmore (1200m) for three-year-olds.

A dual stakes-winning colt, Cosmic Force is coming off a last-start win in the Group Two Roman Consul Stakes in Sydney, the same race won by Zoustar and Brazen Beau before winning the Coolmore in 2013 and 2014, respectively.

That pair were trained by Chris Waller who also won the Coolmore the folllowing year with Japonisme who had finished third in the Roman Consul.

Godolphin’s Astern was runner-up in both races the following year while the Snowdens won the 2016 Roman Consul with Russian Revolution before his fourth in the Coolmore.

“That’s a great form line to come into this race and he trialled well enough on Friday to say that he will handle the straight OK,” Snowden said.

“You don’t know until race day, but he’s a very talented colt.”

The past two winners of the Roman Consul, Viridine and Sesar, however, have been unplaced in the Coolmore.

Cosmic Force won the Group Two Pago Pago Stakes by a big margin on wet track during the Sydney autumn carnival, a week before finishing midfield as favourite in the $3.5 million Golden Slipper.

His spring campaign has been aimed towards Saturday’s race and he finished alongside Exceedence in a jump-out at Flemington last week with three other Coolmore Stud Stakes hopefuls behind them.

“This race has been the plan for him right from Slipper day,” Snowden said.

“His jump-out was very good and he’s in very good order.”

The field of 15 includes the Godolphin-owned Group One-winning colts Bivouac and Microphone who are trained by James Cummings while his father Anthony has impressive filly Libertini in the field.

Golden Rose winner Bivouac will be backing up eight days after his luckless sixth in the weight-for-age Group One Manikato Stakes at The Valley last Friday night and was the $3.10 favourite on Wednesday ahead of Golden Rose placegetter Exceedence ($4.80) and Libertini ($5).

Cosmic Force was at $8 while Microphone, who is unbeaten in two starts at Flemington and was third in the Roman Consul in his season return, at $10