Consolation victory for Dom To Shoot in Mornington Guineas 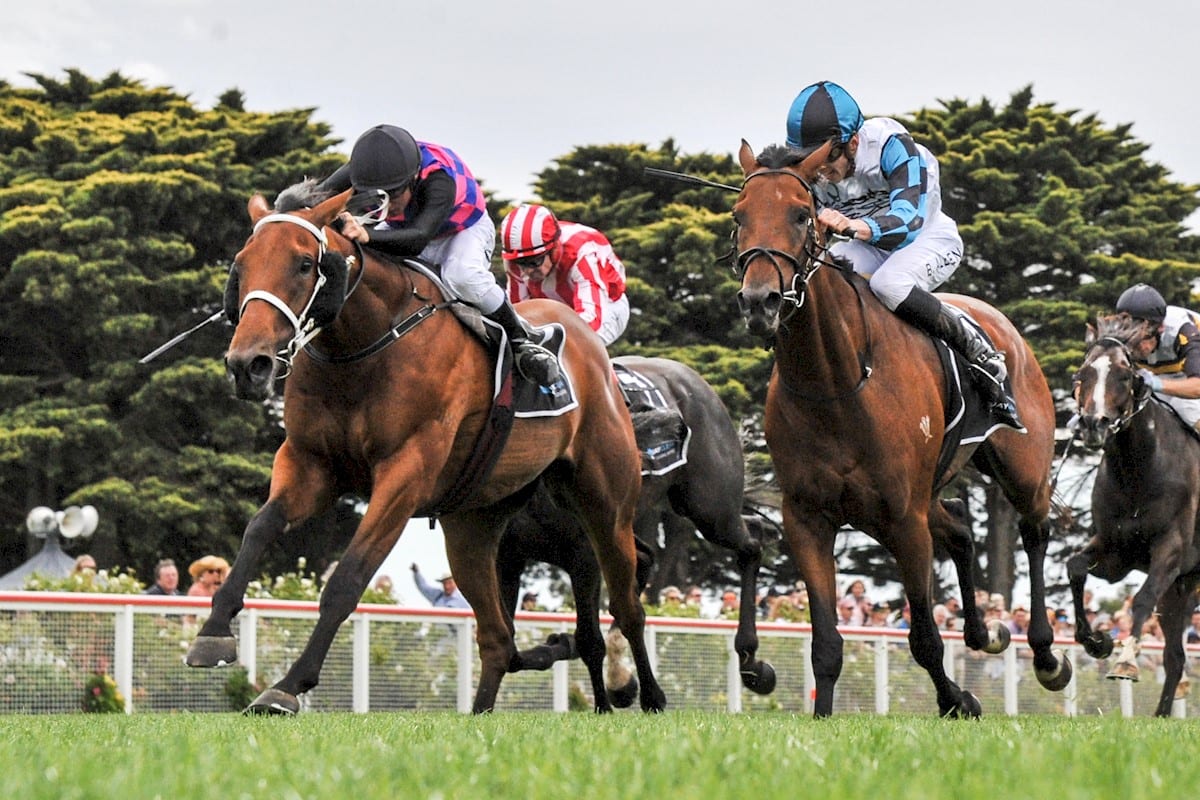 It was not the Guineas Sean And Jake Casey had planned for when Dom To Shoot left Perth but they were happy to collect a consolation prize at Mornington.

Under leading Perth jockey William Pike, Dom To Shoot paid travelling expenses with his victory in the $135,000 Mornington Guineas (1500m) on Saturday.

Dom To Shoot left Perth with a third-place finish in the Group 1 Kingston Town Stakes (1800m) at Ascot in December with the Melbourne Autumn Carnival in his sights.

A closing fifth in the Group 3 C S Hayes Stakes had the father-and-son Casey team looking forward to the Group 1 Australian Guineas (1600m) on February 27.

However, it was a run that left Jake Casey scratching his head when finishing near the tail, but it did provide Pike with some important intelligence.

“I was always planning on riding him more conservatively,” Pike said.

“I was hoping to find a three-wide line and be a little closer than that, but that’s not how it panned out.

“I haven’t ridden him very often but my quick observation was that the blinkers were sending him a bit over-the-top. They probably worked for him when he was younger, but they were probably doing too much for him.

“The winkers went on because he’s not a horse you can trust too much, so we weren’t game to take everything off and coming from back and being able to run onto them, I think he enjoyed that.”

“A win is a win so we’re pretty happy with that,” Casey said.