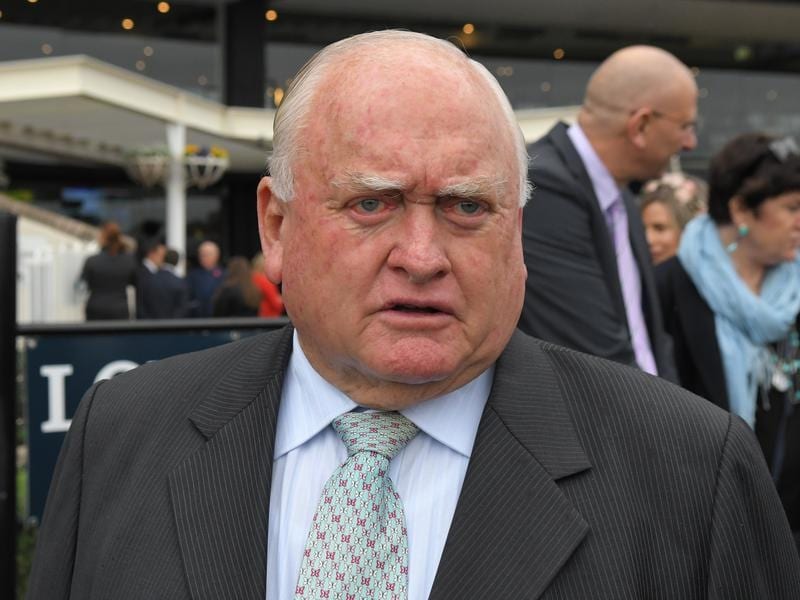 Clarry Conners may have scaled down his business in recent times but his passion and desire to compete on the big stage remains.

The four-time Golden Slipper-winning trainer will be back in the feature race fold at Randwick on Saturday when he starts debutante Shocking Force in the Inglis Nursery (1000m).

Shocking Force is among 19 entries for the $500,000 two-year-old race, which is restricted to horses sold at the Inglis sales.

Air Force Blue, the American-bred and Aidan O’Brien-trained son of War Front, was a champion two-year-old in Europe with a juvenile Timeform rating of 128.

Shocking Force has displayed natural speed in both her trials, the latest on the Warwick Farm polytrack where she finished a close second to Sweet Magnolia in the fastest of six heats contested over 740 metres.

“She’s done really well since and I’m very happy with her,” Conners said.

“It’s a half a million dollar race and my philosophy is simple, if your horse is going well enough then you’ve got to be in it.”

“But she reminds me a lot of Burst,” he said.

The winner of the 1992 Golden Slipper, Burst is the only filly to have captured Sydney’s two-year-old grand slam of the Slipper, Sire’s Produce and Champagne Stakes.

Jay Ford, who partnered Shocking Force in her latest trial, is booked to ride the filly on Saturday.

Ford recently piloted Archedemus to win the $1 million The Gong at Kembla Grange.

Conners, now in his 51st year as a trainer, is also hoping his in-form mare Stolen Jade can take the next step when she heads to the Gold Coast to contest next month’s $1 million Magic Millions race for fillies and mares.

Meanwhile, stakes winner Girl Tuesday has returned to the stable following a well-earned rest and Conners is looking forward to setting her for some suitable races over the next few months.

“The mare was going great and she’s a very happy horse at my place,” Conners said.

“She’s had a little spell but she’s back in work, looks fantastic and she’s raring to go.”