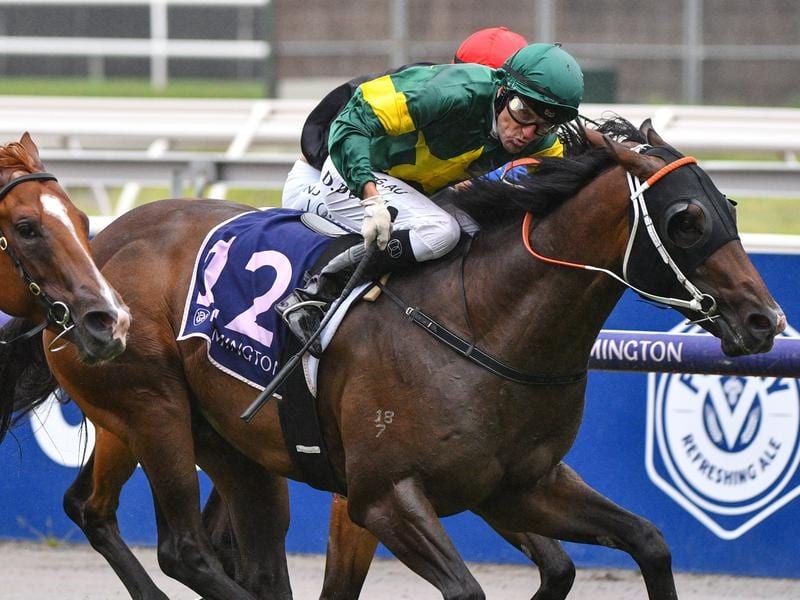 Top colt Ole Kirk will attempt to add to the good recent record of three-year-olds by upstaging the older sprinters in Sydney’s first Group race of the year.

“Ole Kirk is running in the Expressway. Tommy is on,” Hawkes said.

Three-year-olds have enjoyed a good strikerate in the Rosehill sprint with Standout winning last year and Trapeze Artist claiming it two years earlier.

Saturday’s renewal has attracted a quality list of entries with Godolphin nominating class mares Flit and Savatiano, while Standout will return to defend his title with Kerrin McEvoy secured for the ride.

Chris Waller is also set to have a strong hand, entering Kolding and Star Of The Seas.

Ole Kirk took all before him in the spring and the Hawkes team will take a typically patient approach with the valuable colt this preparation.

Nothing has been set in stone with races in Sydney and Melbourne on the agenda.

“There are a lot of options around for him,” Hawkes said.

“With those good colts of ours, we run them less than more. It is not about running them for the sake of running them, it’s about putting them in races where they can be at their most competitive.

“Where we go and what we do, there is no end goal.

“It’s more about trying to place these horses in the right races at the right time.”

Hawkes confirmed Masked Crusader was on track to resume in a benchmark 88 race at Rosehill on Saturday.

The up-and-coming sprinter was touted as a possible wildcard for The Everest during the spring and was impressive in taking out a recent barrier trial.

The Canonbury Stakes (1100m) for the colts and geldings has attracted 15 entries including Ballarat Clockwise Classic winner Readily Availabull, who has recovered from a stone bruise that forced his withdrawal from the Magic Millions.