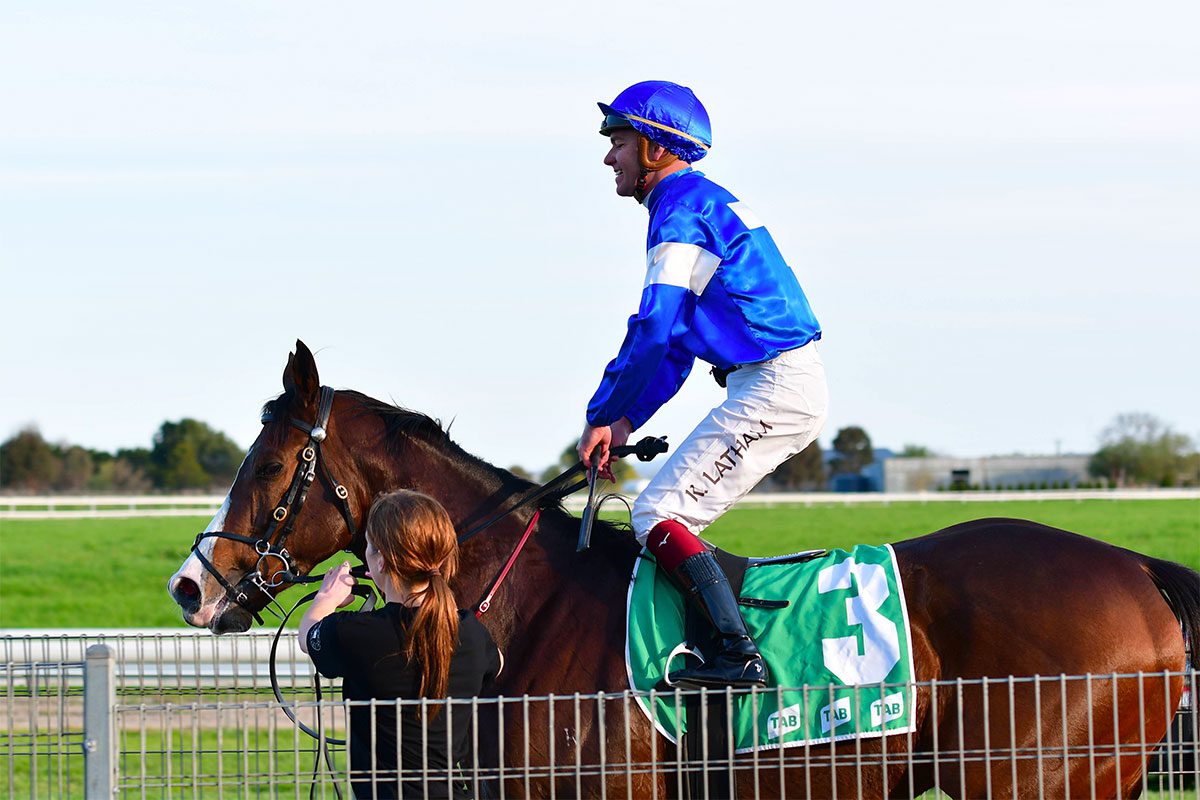 Cognac has gained eligibility for The Big Dance after a dominant win in the Bathurst Cup (1800m) on Sunday for Richard and Will Freedman.

The six-year-old Irish import was ridden to perfection by Keagan Latham, taking the early lead before pulling away to claim the AUD $50,000 feature by more than three lengths ahead of Tampering and Tudor Prince.

Foreman Brandon Griffiths said Cognac can be a tricky horse to ride, so he was thrilled with how Latham handled him.

“It was very tough. He had to do it the tough way,” he said.

“Keagan summed it up pretty well in the first half of the race and he got him into a very good rhythm. He’s a very hard horse to ride, so Keagan’s done a really good job there.

“It’s always going to be circumstantial with that horse because you’ve got to race him to how he’s feeling that day.

“He’s got a mind of his own and he tries to control the race. You’ve just got to gel with him, and Keagan’s done that today.

“It was a great honour to win that race. There’s been a great crowd, so it’s always good to win the Cup.”

Cognac finished fifth in the Dubbo Cup on September 11 at his last start, where he led the with 400m to go before battling home fairly to finish just under two lengths away from winner Casino Kid.

Will Freedman was hopeful leading into Sunday’s race that the barrier six start would mean Cognac wouldn’t have to put in as much work to settle towards the front half of the Bathurst Cup field.

“We were happy with the wide barrier at Dubbo because we thought he’d come across under his own steam, but unfortunately it ended up being a high-pressure 1600m race and he ended up doing too much work,” he lamented.

Cognac began his career in England, having six starts before being imported and having his first Australian start in December 2020.

Sunday’s win was the fifth for the Invincible Spirit gelding, who has also amassed a further nine placings and just over $180,000 in earnings from his 25 career starts.

Griffiths said it was really exciting that the win now classifies the horse for the $2 million Big Dance at Royal Randwick on November 1.

“The owners have been in contact with me all day. They summed it up pretty much, leaving it all to Keagan. We had the horse, it was just a matter of turning up today,” he said.

The Big Dance-eligible Lismore Cup lost from the washed out Lismore race meeting last Thursday has been rescheduled and will now be run on the Grafton program on Tuesday, September 27.

It will be conducted as race four on the program at 2:15pm with the final fields remaining unchanged and barriers as per originally allocated.