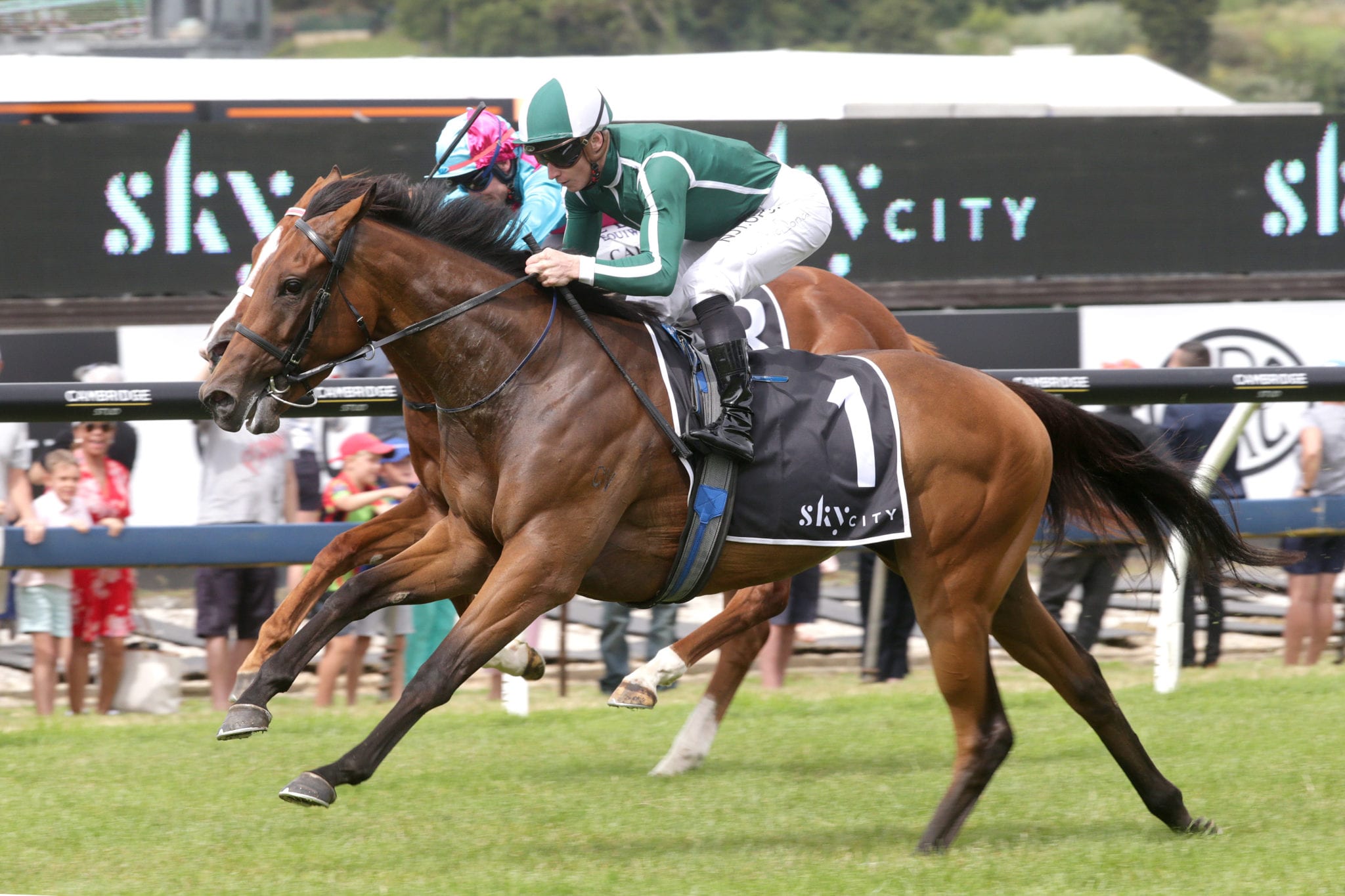 The tag of New Zealand’s best maiden was emphatically stripped from the shoulders of exciting three-year-old Jennifer Eccles when she stormed past her female age group rivals to take out the Group 2 SKYCITY Eight Carat Classic (1600m) in the hands of visiting rider James McDonald.

Although she had yet to salute the judge in six previous starts, a cursory glance at the Rip Van Winkle filly’s record quickly makes a mockery of that maiden status given she was relegated to second at Hawke’s Bay at her first start this season before finishing in the first four in her next three starts at stakes level, including a runner-up finish behind Loire in the Group 1 New Zealand 1000 Guineas (1600m).

Punters needed no convincing of her class as they installed her as the $1.90 favourite for the fillies feature and she didn’t disappoint courtesy of a James McDonald special. McDonald was content to settle beyond midfield as Showoroses set up a hot speed in front and was a conservative six lengths off the pace at the halfway point. Eased to the outside, Jennifer Eccles and McDonald bided their time until well into the home straight where the Shaune Ritchie-trained filly was asked to go.

The response was instantaneous as she dashed to the front and put the result beyond doubt as she held out a late charge from Two Illicit with Showoroses battling on gamely for third. Ritchie was quick to sing McDonald’s praises after the contest. “That’s why he is a champion jockey and one of the world’s best,” Ritchie said. “She’s a sweetheart of a filly with a great nature and obviously we will have to make a challenge on the filly’s series (New Zealand Bloodstock Filly of the Year).

“We will probably go to the Desert Gold Stakes (Group 3, 1600m) and then to the Oaks (Group 1, 2400m). “There’s a little question on getting further but she’s got such a good turn of foot and she’s so laidback, that will help her.”

McDonald was impressed by the effort of Jennifer Eccles, his second win on the day’s programme after piloting the unbeaten Only In Jakarta to victory in race five. “She’s a really nice filly who was a little bit keen early,” he said. “I was able to pop off (the fence) three-wide and she just cruised into it. She’s got a devastating turn of foot and it was a really good win. “Up to a mile and a quarter she has a blistering turn of speed and that will get her out of a lot of trouble. “She will be competitive all the way through as she gave me an excellent feel.”

Raced by the Challenge No. 10 Syndicate, Jennifer Eccles was purchased by syndicate manager Adrian Clark for just $5,000 from the Westend Partnership draft at the 2017 National Weanling Sale.