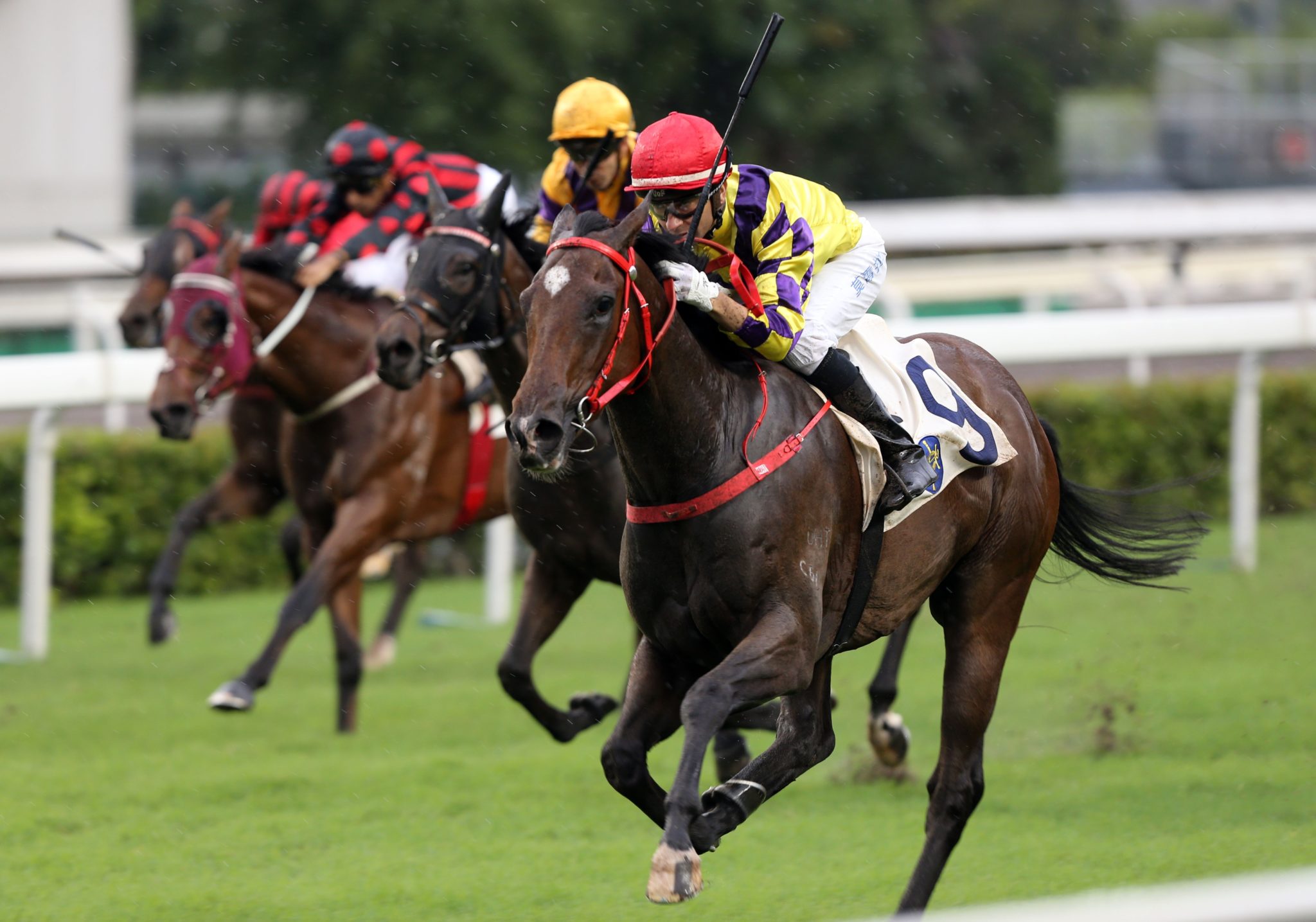 Champion’s Way was last season’s standout prospect for this term’s Classic Series, securing Hong Kong’s Champion Griffin award after winning six of his seven races, including the Group 3 Lion Rock Trophy (1600m) at his final appearance of the 2018/19 season.

But the Hinchinbrook gelding’s two outings this campaign have not lived up to expectations, a first-up ninth and a second-up seventh against Class 1 company seemingly drawing him back to the four-year-old pack.

“His runs this season haven’t looked impressive but in saying that he’s on a figure of 108 and he’s been running in Class 1 races, so I suppose that might be his mark at the present time,” trainer John Size said.

The bay’s six career wins in his first season saw him shoot from a debut mark of 52 to triple figures, drawing comparisons to previous Size-trainee Luger, who rose from a Class 4 mark of 58 and entered his four-year-old season with a rating of 100 across five starts. He went on to capture the 2015 BMW Hong Kong Derby.

Luger also didn’t fire first-up in his four-year-old season, but whereas he had health issues, Champion’s Way has had no issues on that front and Size remains hopeful that his talented galloper can spring back to the head of the pecking order.

“He’s had another short break between runs and he’ll run in this race against a small field, so we’ll get an idea and a feel if he’s any better or if he’s going to go higher than his current figure, then he’ll go into the Classic Mile race for the four-year-olds,” he said.

“Champion’s Way’s health and his soundness has always been good, it’s never been an issue because otherwise he wouldn’t possess the record that he has. The competition of the higher rating races suggests he has to do everything perfect to win, especially as you go up in grade, so we’ll try to improve on that situation and if he does then we’ll be happy with that.”

The 11-time champion trainer will apply a pacifier and tongue-tie to the Hinchinbrook gelding for the first time.

“He’s been laying away from the winning post in the straight in most of his races, so we’re trying to improve that,” he explained.

“While he was winning, we just let him do what he was doing, now we need to try and make some sort of improvement.”

Size is no stranger to Four-Year-Old Classic Series success, with eight wins in the three-race series including three BMW Hong Kong Derbys thanks to Fay Fay (2012), Luger (2015) and Ping Hai Star (2018), while Sun Jewellery (2016) and Nothingilikemore (2018) won the Hong Kong Classic Mile.

While Champion’s Way’s ascent has stalled, at least so far this term, Golden Sixty has gone from strength to strength. Trainer Francis Lui’s rising force has won all three of his starts this season and steps out in search of his seventh win from eight races all told.

The Medaglia d’Oro gelding started off on a mark of 52, the same as Champion’s Way, and has since shot up to a high of 102.

But today’s test will be his first in Group class and his toughest to date. In his favour is a featherweight 114lb allotment, as opposed to Group 1-winning top-weight Seasons Bloom who is required to lug 133lb as the highest-rated horse.

“Golden Sixty is in form, his condition is good but first-time racing against Group class horses is difficult – it’s hard to say how he will go but we will know more after the race,” Lui said.

Vincent Ho has ridden the exciting gelding in each of his seven starts and echoed Lui’s feeling of difficulty surrounding today’s test, whilst also outlining future plans.

“It will be a good test for him, the main goal is still the Hong Kong Classic Mile so whatever he does in this race it’s ok as long as he’s healthy, strong and still improving for his next run.

“There are plenty of good horses in the race, like Ka Ying Star and Seasons Bloom, they’re more seasoned and experienced so it won’t be easy, but the light weight will help him,” Ho said.

Seasons Bloom steps down to Group 3 level following a competitive ninth in the Group 1 LONGINES Hong Kong Sprint (1200m) at the start of the month.

“His condition is good; he’s always fit and healthy, but the top weight makes it very difficult,” trainer Danny Shum said. “The 1400 (metres) is no problem, it’s his best distance at this stage but the weight for him to carry as a small horse is a concern.”

Weighing in at only 1062lb, the 2018 Group 1 Stewards Cup winner Seasons Bloom is one of the smallest horses in the field, although Golden Sixty is not a great deal bigger, weighing in only 8lb heavier at 1070lb.

Another four-year-old, although soon to be five, Ka Ying Star (129lb) steps out for his fifth race this term. He was a prominent player in the Four-Year-Old Classic Series campaign last season, posting two admirable third-place efforts.

Karis Teetan will be aboard the consistent Tony Cruz-trained gelding, who will wear blinkers for the first time.

“I had a sit on him last week, we jumped him out the gate with those blinkers and he felt like he enjoyed them, he was more focused,” Teetan said.

“He comes down in distance but I don’t think that will be a problem; he’s got lots of natural speed so the blinkers should do the trick.”