Clark Gets Melbourne Chance On Dalasan 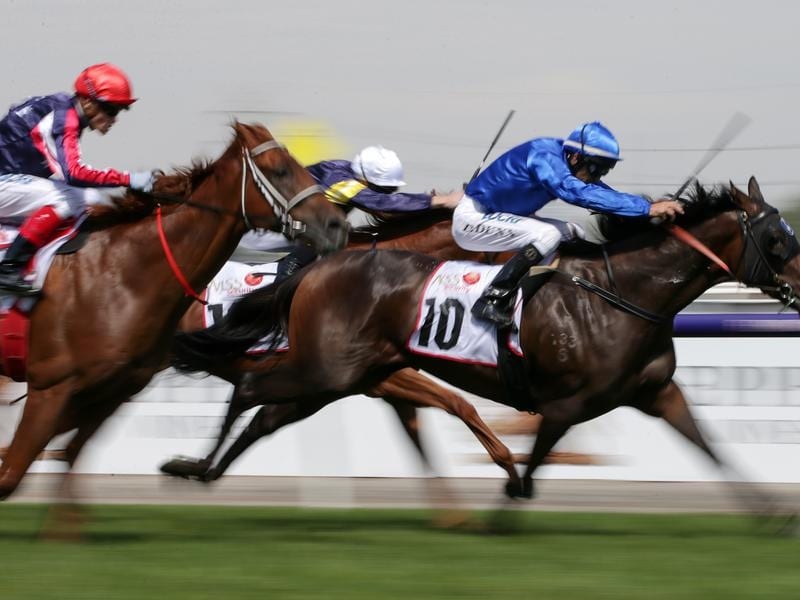 South Australia’s premier jockey Raquel Clark has earned the opportunity to notch her first Melbourne win at her first ride at Flemington when she continues her association with exciting colt Dalasan.

Dalasan is favourite for next month’s $2 million Group One Caulfield Guineas (1600m) and puts those credentials to the test on Saturday when he steps out for the second start of his spring campaign in the Group Two Danehill Stakes (1200m) at Flemington.

Clark is three from three on the colt, and retains the ride after guiding the three-year-old to an impressive victory over subsequent Group One Memsie Stakes winner Scales Of Justice in the weight-for-age Spring Stakes (1200m) at Morphettville last month.

Clark has had a handful of race rides in Melbourne but will be competing at Flemington for the first time.

Dalasan is the $2.80 favourite to make it four wins from five starts in what will be his first attempt on the straight course at Flemington.

His only defeat came at Flemington in the VRC Sires’ Produce Stakes (1400m) in March when he was a luckless second to La Tene after laying in down the straight under Craig Williams.

“He has got a bit of a habit of laying in but Raquel knows him well and she deserves her chance on him,” Dalasan’s co-trainer Leon Macdonald said.

While Dalasan is one of a number of Caulfield Guineas prospects in the Danehill Stakes, that is not the only race on Saturday which will further shape the Guineas picture.

In Sydney, a number of horses high in the Guineas market will clash in the Group Two Run To The Rose (1200m), a lead-up to the Group One Golden Rose, while Group One winner Castelvecchio kicks off his campaign in the Listed Dulcify Stakes (1500m) on the Rosehill program.

At Flemington, along with the Danehill, the Listed Exford Plate (1400m) for three-year-olds features a number Guineas entrants.