Clapper Returns For Another Apollo Mission 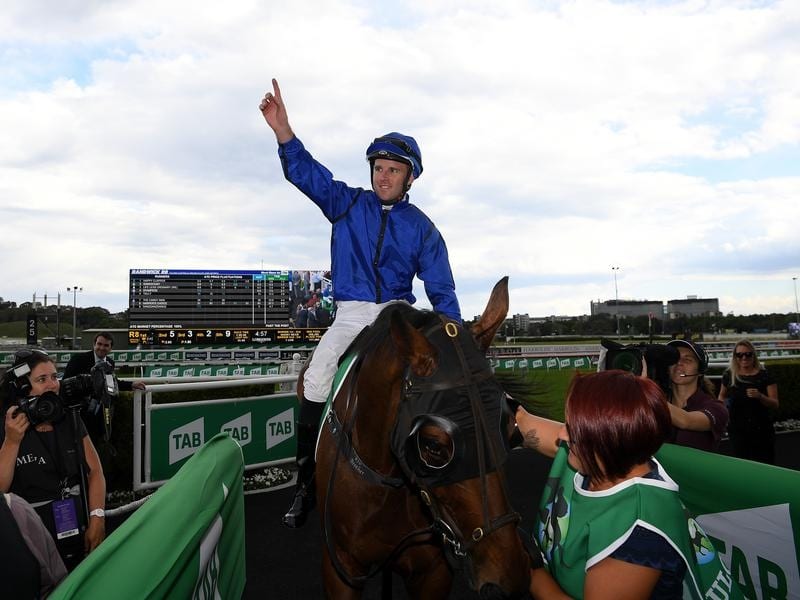 Pat Webster has been without electricity for four days but he is convinced stable star Happy Clapper has lost none of his power ahead of an Apollo Stakes return at Randwick.

Webster has been relying on generators since the electricity supply to his farm on the NSW central coast was cut due to heavy rain on Saturday.

However, the drama has not affected Happy Clapper, who has been safely ensconced in his Randwick stable preparing to kick off another autumn campaign.

The evergreen gelding is among 10 acceptors for Saturday’s Group Two Apollo Stakes (1400m) and his trainer says the nine-year-old is as good as he as ever been.

He finished runner-up to Winx in the corresponding race 12 months ago and faces four fresh rivals from her former Chris Waller barn mates, including Verry Elleegant and Sydney Cup winner Come Play With Me.

But Webster is more concerned about the prospect of a heavy track than the opposition.

“He could roll all four into the one horse and he still wouldn’t get a Winx,” Webster said of Waller’s contingent.

“The only disadvantage (for Happy Clapper) is going to be the track, otherwise he’s ready to run a great race.

“He has run second in a Doncaster on a heavy eight but he’s a better horse on a soft five, soft six.

“He’s fit enough to have a run and he’s a tough enough horse to get over it. And who knows? He might get through it better than the others.”

Happy Clapper has drawn barrier four and will be reunited with Tommy Berry who was aboard for his Craven Plate victory in the spring.

Waller has won the past four editions of the Apollo Stakes, three of them with Winx and again has a strong hand with Verry Elleegant the most favoured of his quartet.

The mare has outstanding wet track credentials having posted six of her seven career wins on soft and heavy ground.

She will be racing for the first time since finishing unplaced in the Cox Plate.

Godolphin’s Alizee heads early markets and has fitness on her side after finishing runner-up to Standout in the Expressway Stakes earlier this month.

While Happy Clapper is in the twilight of his career, Webster does not believe this will be the horse’s final campaign.

“Everyone said that before his last prep and he ran second first up in a Group One, third in a Group One second up and won a time-honoured Group Three with Group One prize money third up,” Webster said.

“There’s absolutely no reason why he won’t be back again.”