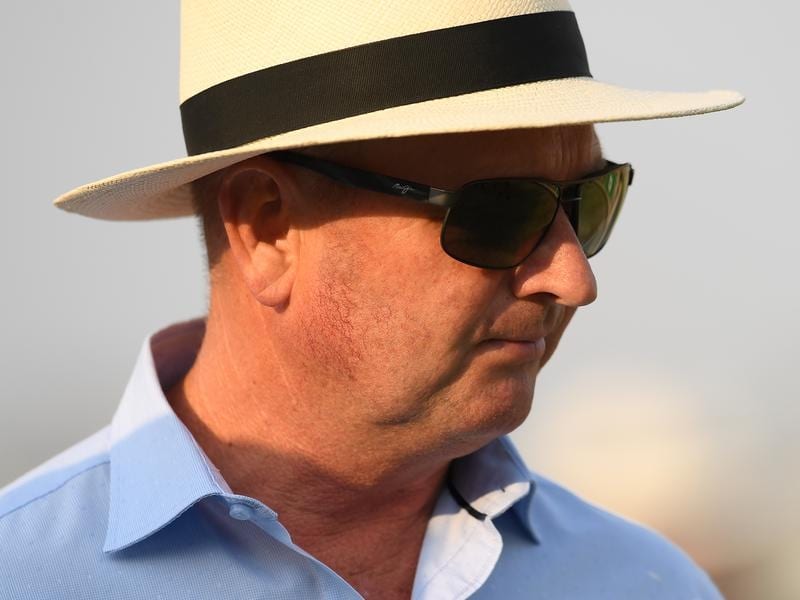 Gold Coast mare Churning can give her injured trainer Toby Edmonds a lift if she runs well when she resumes in the Listed Spirit of Boom Classic at Doomben.

Churning has won three of her 14 starts and was also entered for a restricted class race but Toby Edmonds and his training partner and son Trent Edmonds have no hesitation chasing black-type with the mare on Saturday.

Toby Edmonds is recovering after suffering head injuries in a track work accident last week when he was barrelled by a horse.

Trent Edmonds said the stable had always had a big opinion of Churning, who began her career with Edward O’Rourke at Randwick, and had never been afraid to run her in the best company.

“We ran her in the Listed Mode Plate at her second start for us and she has been around the place in three other Listed races,” he said.

“She also started favourite in the Group Three Gold Coast Guineas and got caught on that bog track.

“Churning isn’t very big and she gets in here down in the weights. She has had two trials so she is ready to go.”

Trent Edmonds has been in charge of the stables since his father’s accident.

“Dad was back at the stables on Wednesday morning and he has had the stitches out of his head,” Trent said.

“But he will have to take it easy for a while yet.”