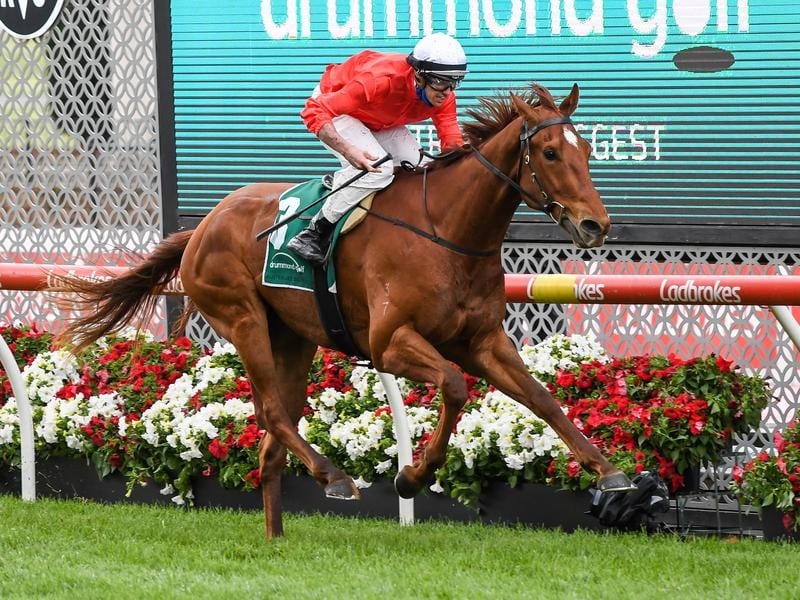 Trainer Patrick Payne has assessed Cherry Tortoni’s win in the Moonee Valley Vase as a good tune-up for the Group One Victoria Derby.

The three-year-old has firmed into $6 for next Saturday’s classic and Payne has confirmed he will back-up, provided he comes through the race well.

“It was a good tune-up for the Derby but if he shows us any signs that he doesn’t want to go there, then we won’t.”

Payne also said he didn’t think Cherry Tortoni had a hard run in The Vase (2040m) and believed there was something left in the tank.

However, he was kicking himself for taking the horse to Sydney for the Spring Champion Stakes in which he finished seventh and said it was good to see him back to his best.

While second placegetter Khoekhoe took ground off the winner in the straight, Payne felt it was due to Cherry Tortoni stargazing.

Cherry Tortoni is raced by the Tait and Nivison families, who also bred him.

The Taits and Nivisons raced the outstanding Tie The Knot, who finished second in the 1997 Victoria Derby, and Cherry Tortoni’s dam Tortoni is a half-sister to Tie The Knot.

Winning jockey Billy Egan said he was thrilled that Cherry Tortoni finally put it all together in a race and felt the horse was still improving.

“He’s got a lot of learning to do. To see what he’s doing now, all natural ability, is really nice,” Egan said.

Egan rode Cherry Tortoni patiently, settling him at the rear and then swooping around the field.

“Once we got down the side I just gave him breathing room and let him build his momentum and swoop on them over the top,” Egan said.