Character takes out the Queensland Guineas 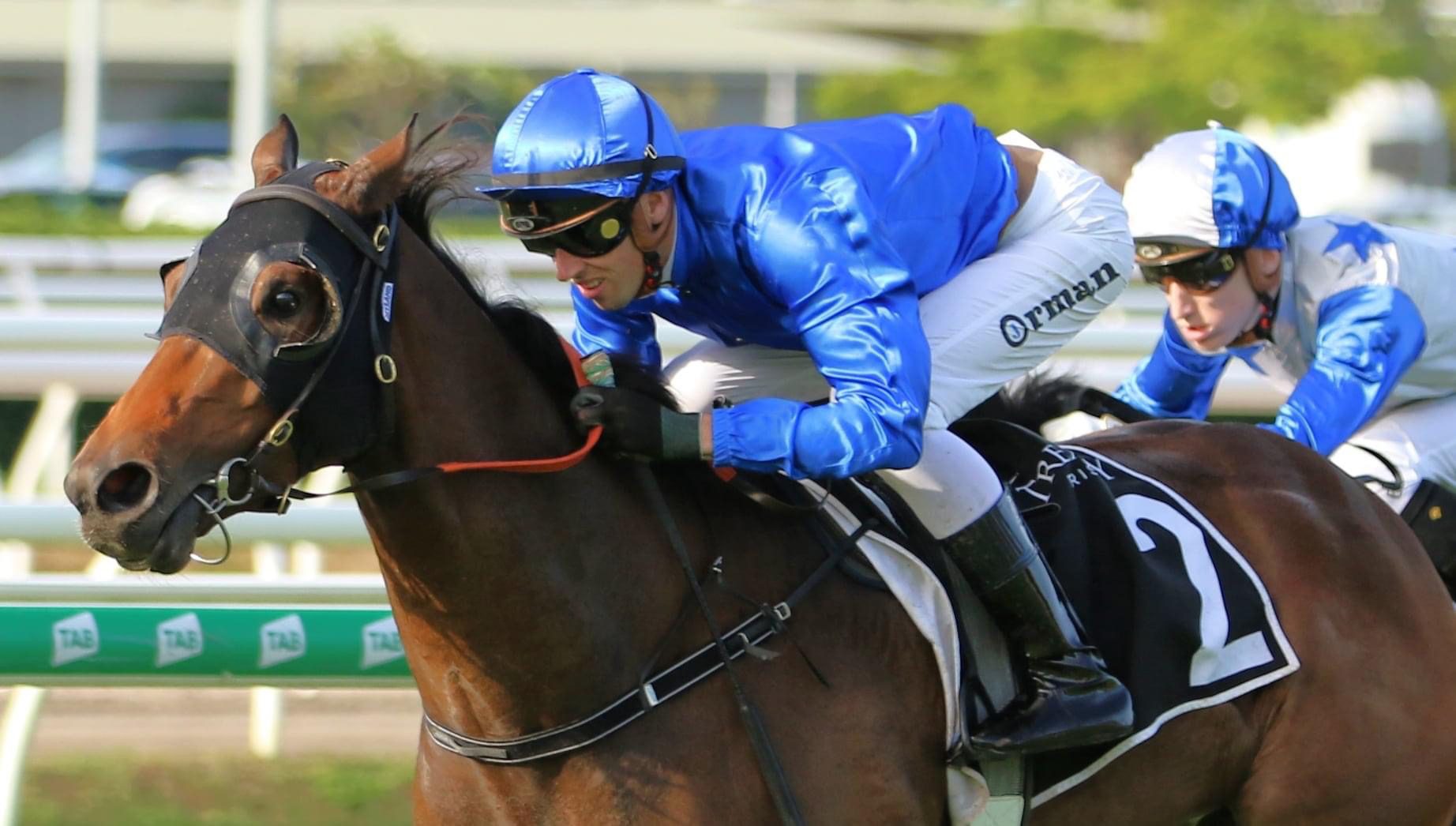 After a failed Australian Derby run, Character bounced back in fine style to win the Group 2 Queensland Guineas at Eagle Farm on Saturday.

The James Cummings-trained three-year-old was too good for his rivals in the 1600m event, pulling away from the field to defeat New Zealand galloper Dark Destroyer by three-quarters of a length.

The son of Teofilo started a $5 chance with online bookmakers, while the fourth-placed Coastwatch was well supported into $5.50.

After being well fancied in the Derby last start, Cummings said that he wanted the horse ridden like he was when he won at Newcastle in the Tulloch Stakes prior to the Group 1 event.

“Obviously it didn’t pan out too well last start in a Derby,” the Godolphin head trainer said.

“Today I told Jimmy (Orman) to ride him very similar to what Tommy Berry did a couple of starts back at Newcastle.

“He was very dominant back then and was quite dominant again today.”

Despite being bred to win a Derby, Cummings didn’t think he handled the rise to 2400m during The Championships.

“Probably the step up in distance last start probably got to the top of him,” he continued.

“We didn’t think probably would have handled it but back to a mile today he was very good.”

Character is now likely to push onto a Queensland Derby, where he is a $7 chance with Ladbrokes.