Change of autumn plans for Peltzer 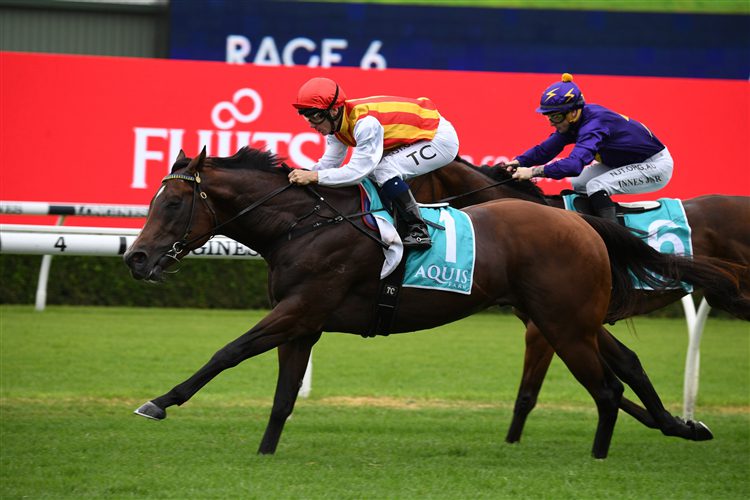 Trainers Gerald Ryan and Sterling Alexiou will turn their attention to races at the back-end of the autumn carnival for Peltzer after he disappointed in the Randwick Guineas.

The three-year-old had been undefeated in five prior starts at the track but after drawing wide and sitting on the speed, he wilted to finish ninth to Lion’s Roar.

Ryan felt the tempo of the race and a good track combined to bring about his undoing.

“He probably did too much work early on the firm track,” Ryan said.

“The first 1200 metres was run quicker than the Todman and the horse that led inside him ran stone-motherless. There was too much pressure early in the race.”

Despite the below par run, Peltzer took no harm from the hitout and connections will press on with his campaign, although they have lowered their sights after originally hoping he might race his way into the Doncaster Mile.

“He came through it as good as gold,” Ryan said.

“We will give him a freshen up and aim him at the South Pacific Classic or Hawkesbury Guineas, a race like that later on.”

The Listed South Pacific Classic (1400m) is at Randwick on April 10 with the Group Three Hawkesbury Guineas over the same distance three weeks later.

Ryan also reported they were not one hundred per cent happy with the condition of Standout after he finished down the track in the Newmarket Handicap.

“He scoped badly last week. He will go to the paddock and have a long spell,” Ryan said.