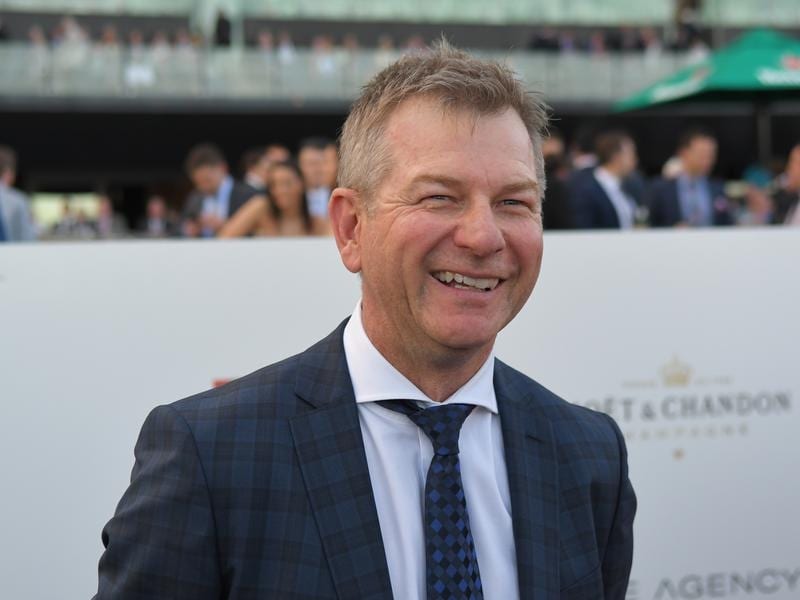 Queensland’s winter carnival is not over yet for Newcastle trainer Kris Lees who will saddle up the top two fancies in the Caloundra Cup at the Sunshine Coast.

Lees, who will also have a strong representation at Rosehill on Saturday, has favourite Big Duke and import Saunter Boy in the Listed Caloundra Cup (2400m) and cannot split the pair.

“There’s not much between them at the moment,” Lees said.

“They’ll both like the wet. Big Duke has been up for a long time but he’ll certainly appreciate getting back on wet ground.

“Saunter Boy has improved with each run in Australia. He’s not far off peaking so I expect him to run well.”

Big Duke and Saunter Boy are both raced by syndicators Australian Bloodstock who are significant supporters of the Lees stable and will also provide seven of the trainer’s runners at Rosehill.

They include Star Reflection in the Listed Civic Stakes (1350m) and progressive fillies Itz Lily in the Hyland EOFY Sale Handicap (1800m) and Think Free in the Winter Racing Handicap (1400m).

A daughter of So You Think, Think Free has won four of her eight starts and earned a trip to town with her impressive last-start performance at her home track.

“I thought it was a really strong win the other day, even though it was only at the provincials, and it’s the right time of year to try her,” Lees said.

Fourth in the Group Two The Roses at Doomben, Itz Lily was an emergency for the Queensland Oaks and did not gain a start so Lees brought her back to Sydney where she scored a consolation win at Randwick on June 8.

She has continued to please the stable and Lees expects her to be hard to beat.

“It was a good, strong win last start and she’s holding her form at home so it wouldn’t surprise to see her win again,” he said.