Champagne back-up on the radar for Converge 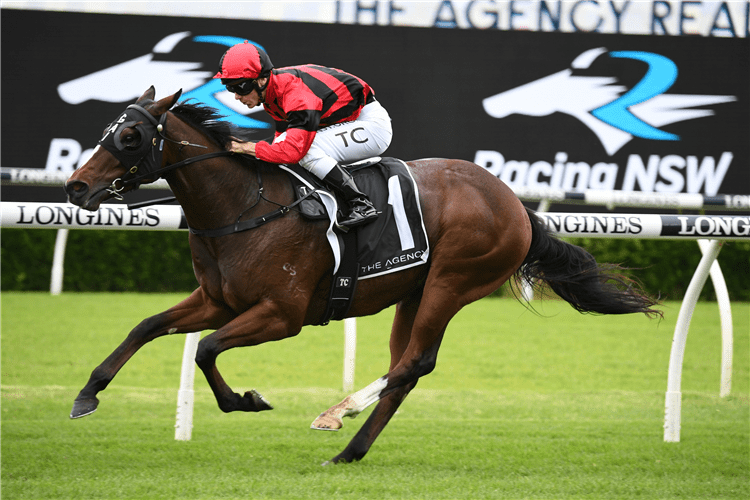 The absence of Anamoe from the Champagne Stakes could tempt Gai Waterhouse and Adrian Bott to back up Randwick winner Converge in the Group 1 race.

Anamoe was widely regarded to have a stranglehold on the final leg of the two-year-old triple crown but he was ruled out on Saturday by Godolphin, who confirmed he was going for a spell.

The news will give Tulloch Lodge some food for thought after Converge comfortably claimed Saturday’s Listed The Agency Real Estate Mile (1600m) at Randwick.

The stable had been unsure if the son of Frankel would run out the journey but after proving his mettle at the distance, Bott confirmed a Champagne Stakes start was a possibility, as was a trip to Brisbane for the BRC Sires’ Produce and J J Atkins Stakes.

“The breeding suggested he would get over further but physically, we weren’t entirely sure until seeing him because he’s a pretty neat sort of horse, not overly big, a pretty a stocky type,” Bott said.

“It was good to see him run it out strongly (on Saturday) because that gives us a few more options.

“Whether we back him up next week in the Champagne or whether we go up through a Brisbane Sires and J J Atkins path, we’ll see.”

Ridden by Tim Clark, Converge sat outside the leader and was a class above his rivals at the business end of the race to score by 1.25 lengths over Maurice’s Medad and Akahata.