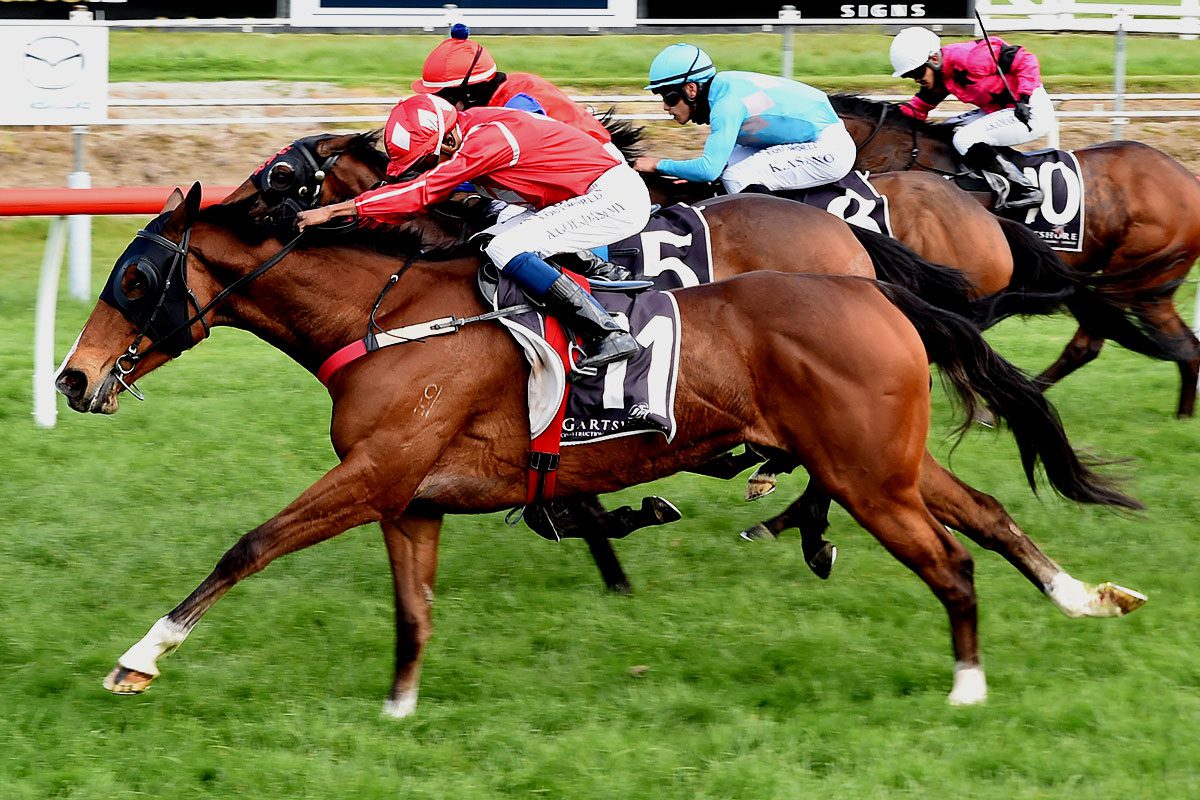 The Michelle Bradley-trained C’est Une Star produced an eye-catching last-to-first victory at Tauranga on Wednesday over 1600m in the manner of a mare that has more wins in store.

The daughter of Star Witness has been somewhat of a flagbearer for the talents of Bradley, who is these days forging a training career in her own right after previously training in partnership with Chris Gibbs.

C’est Une Star has now won twice for the Ruakaka horsewoman this season, and bounced back to form after trailing home the field at Te Rapa last start over 2100m.

“She won at Ruakaka and then we went to Te Rapa and after that run Lynsey Satherley (jockey) came back in and said she wasn’t sure what to make of it,” Bradley said.

“So I decided to give her a week off, freshen her up and relook at a few things. That has obviously helped her.

“I just changed some gear around, I noticed she was getting her tongue quite a way back and I think changing her bit has helped a lot as well.”

Bradley, who has eight horses in work at present and is very hands-on, said she has been less affected than some of the bigger stables by the fact her Ruakaka base has been denied racemeetings through COVID.

“I feel really sorry for the club. We have an amazing surface at Ruakaka, particularly through Winter, and we were having some great racing up here prior to COVID.

“I only have a small team of horses, so I haven’t got a lot going to the races so it isn’t as big an issue for me.”

Bradley, who worked for the successful Donna Logan stable for many years before entering a training partnership with Chris Gibbs in 2017, had pulled out of that partnership back in October last year as she took a complete break from the racing game.

The experienced horsewoman admitted she was feeling burnt out at the time and needed some space, but inevitably found herself back at the track earlier this year as her love for racing returned.

“I had a break for a bit and I needed it, it was just for a few months and that was enough for me,” she said.

“Being able to do it all myself is a big bonus. I can ride and I’ve got my Dad helping which is terrific.”

C’est Une Star and Regal Duchess, who won back in July, are the only two starters Bradley has had since stepping out solo, and she is keen to diversify the type of horse in the stable.

“I definitely would like to get into the trading side of things too, I seem to have a team of fillies though and they can be pretty hard to sell,” Bradley said.

“It would be nice to have a few colts and geldings in the stable too.”

Bradley said the ability to mix beach training with the quality grass surface at Ruakaka was a big selling point for the Northland venue and she was delighted to have two wins on the board from four starts this season.